Star Plus’ popular drama Anupamaa’s set was rejuvenated as veteran actor Mithun Chakraborty makes a surprise visit. He came to meet his daughter-in-law who plays the role of antagonist Kavya in the show.  The actress is married to Mithun’s elder son Mimoh aka Mahaakshay Chakraborty. 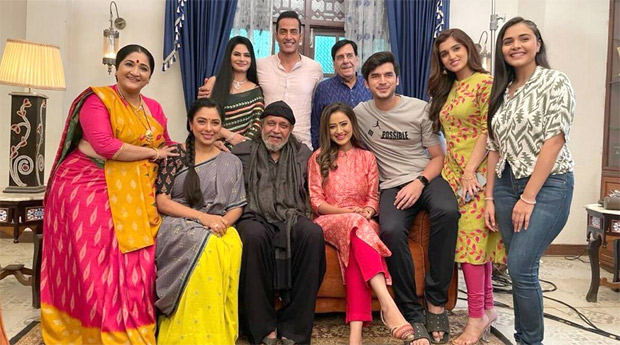 Seeing the surprise visit of Mithun the entire cast including Rupali Ganguly, Sudhanshu Pandey, Paras Kalnawat, Tassnim Sheikh, Nidhi Shah, Aashish Mehrotra, Alpana Buch and Arvind Vaidya were extremely happy and overwhelmed. It looked like Mithun has added another charm and energy to the soul of the cast. 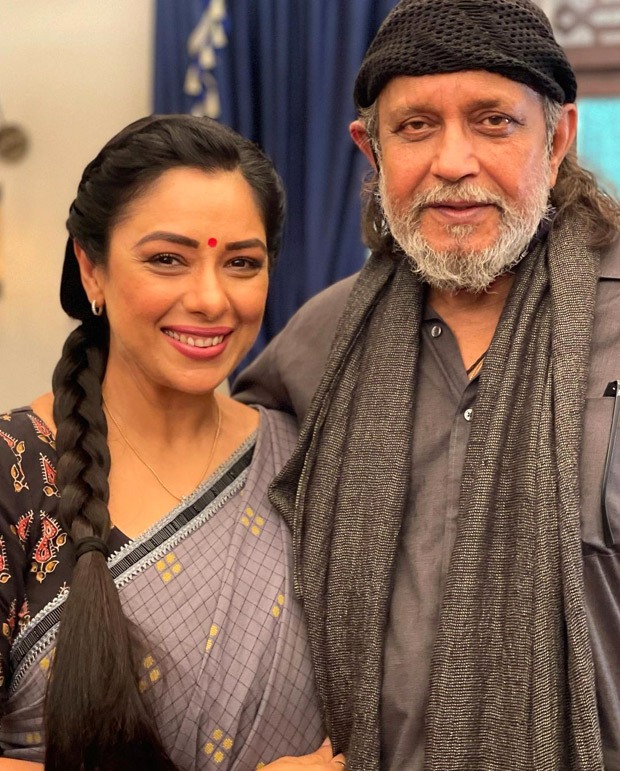 Reacting to her father-in-law's sudden visit, actress Madalsa Sharma, while talking to a tabloid, expressed her happiness. She said that it was such a pleasant surprise from him and she felt delighted to see him. The entire cast was also very amused to see the legend and all of them managed to click some amazing pictures with him. She further said that the whole atmosphere was magical when the veteran actor was present on the sets.  Mithun also sat and spoke to everyone about the show and expressed his positive views on Madalsa's performance. He also praised Rajan Shahi for making a show like this. She concluded that it was an amazing feeling when the actor came on my set and blessed everyone.

Rupali Ganguly, who plays the titular role took to her Instagram, and shared a bunch of candid pictures posing with the veteran and wrote, “When Happy memories come visiting. The first time I ever faced the camera was with him when I was 4 yrs old. My first Hindi film as a heroine was with him… (set par Pappa aur insebohotdaantpadtithi!) He is the person who always admonished me for not taking myself seriously as an actor. Elated and Overwhelmed beyond measure when he said he is proud of me and that my performance moved him to tears ….. aur kyachahiye …. Aiselagajaisemehnatsafalhogayi. The original Rockstar – My father’s favorite …. @mithunchakrabortyofficial thank u for blessing our set with ur presence. Thank u @madalsasharma for inviting him.”

The other cast members including Aashish Mehrotra, Paras Kalnawat and Nidhi Shah also took to their Instagram and shared pictures with Mithun.

Also Read: When Pratibha’s family and friends thought she’d change as a person after Qurbaan Hua, but she proved them wrong