Esha Gupta, a model and actress, made her acting debut in the acclaimed thriller Jannat 2. Esha has continued to grace big screens over the years with movies like Rustom and Raaz 3D to mention a few. Esha uses Instagram frequently, posting beautiful pictures of herself. She has the ability to raise the temperature with her appearance. 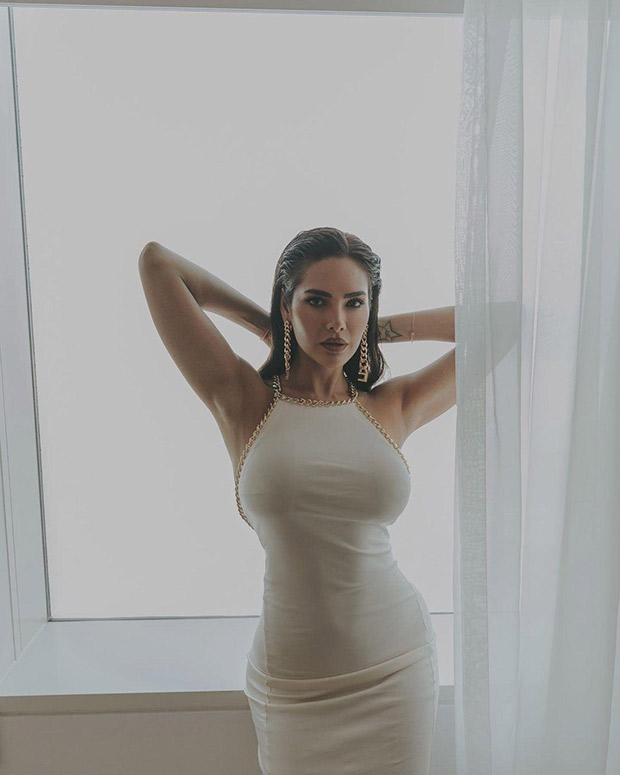 The actress turned up the heat and drove her followers and fans into frenzy by recently posting yet another enchanting photo. She made a powerful sartorial statement in her recent photos wearing a white body con dress. Esha was dressed in an Elisabetta Franchi full-length white dress. Her dress comes with precious gold chain that follows the halter neck, transforms into straps, and culminates with a maxi charm in the form of a logoed padlock that falls in the middle of the back embellishes the upper portion of the dress. The dress has a mermaid shape because of the way its line opens up at the bottom. Esha's dress has a suggested retail price of Rs. 94,838. (USD 1,201). 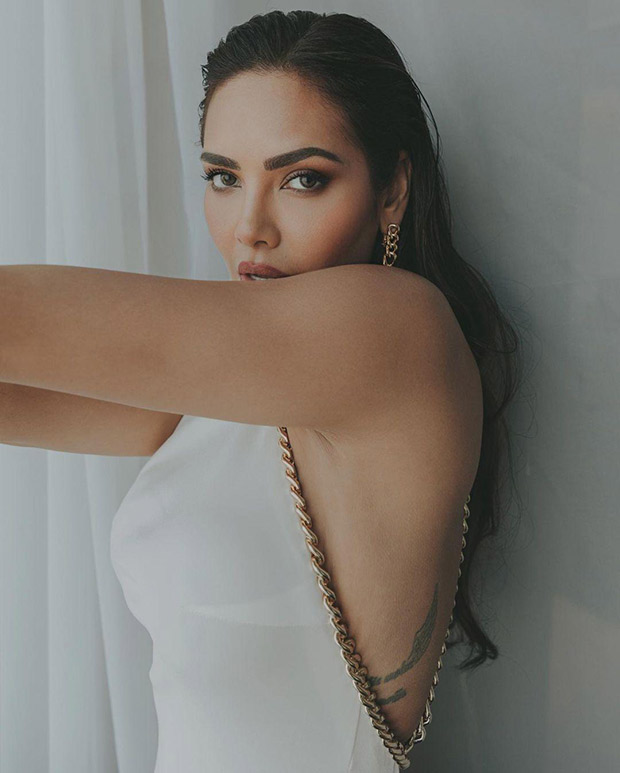 Also striking is the way Esha wore her clothing. She decided to accessorize the outfit with a pair of golden cascading earrings. They blended in beautifully with the dress's chain embellishments. 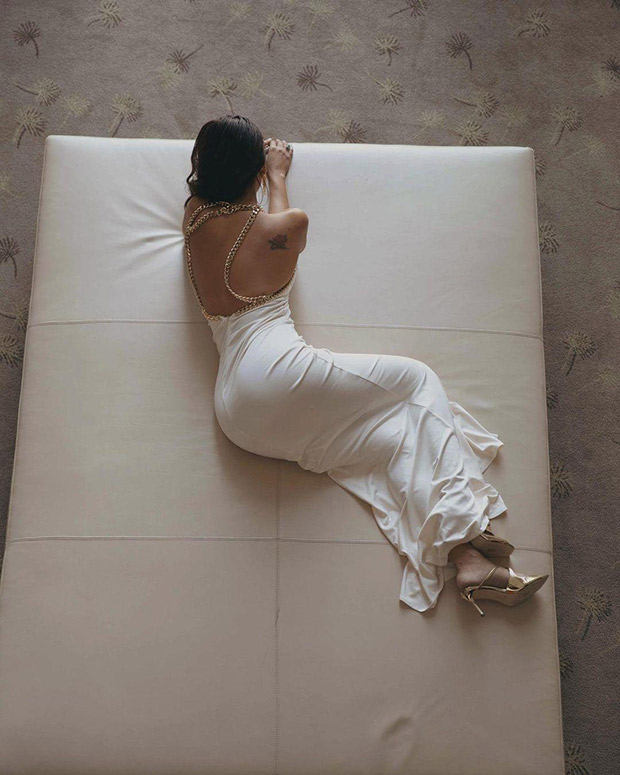 Esha looked stunning as she posed on the floor in a white dress with a chic back that revealed her alluring form.

Speaking of Esha Gupta’s work, she joined the cast of Bobby Deol's well-liked web series Aashram in season 3. Esha's fans were in awe of her spectacular performance in the show.

Also Read: Esha Gupta takes internet by storm in black front cut-out dress as she poses against the wall