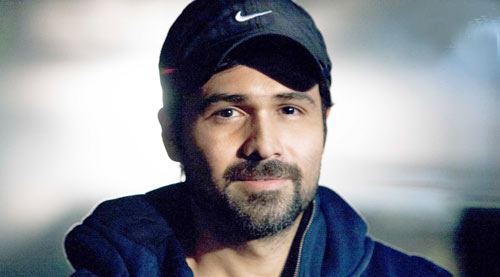 Emraan Hashmi, who will now be seen playing the role of former captain of Indian cricket team Mohammad Azharuddin, has undergone extensive training to play the role. Talking about his experience, the Murder star recently revealed that he regards his upcoming release Azhar as his most challenging film till date.


Emraan Hashmi stated that he chose the film for the sole reason that it truly brought out the actor in him, totally pushing him out of his comfort zone. "Before this in my 12-year career, I never focused exclusively on a film for a year-and-a-half. It was a risk and meant getting out of my comfort zone," he said.


From learning the nuances of the iconic Mohammed Azharuddin to undergoing cricket training, the actor has done it all. "It meant training in a sport, learning the moves, spending hours with Azhar to understand how he sees himself, familiarize myself with his life before recreating it on screen. Every film comes with its own challenges but this one demanded 10 times the work of a regular film since Azhar is a public figure. It was a nerve wrecking experience," the actor admits.


Emraan Hashmi after Azhar expressed his wish to try his hand at more such films. He will be next seen in Part 4 of the hit franchise Raaz and Murder.


Directed by Tony D'souza, Azhar is based on the life and times of Mohammad Azharuddin and chronicles his rise and fall as India's most controversial sportsman yet. The film stars Emraan Hashmi, Prachi Desai, Nargis Fakhri and Lara Dutta along with others. Produced by Ekta Kapoor, Shobha Kapoor, N. P. Singh and Sneha Rajani under Balaji Motion Pictures and Sony Pictures Networks, the film is slated to release on May 13, 2016.