Rumoured lovebirds Disha Patani and Tiger Shroff have us hooked and booked to their shenanigans. Apart from looking oh-so-gorgeous, the duo charmed us with their sparkling chemistry right from the time they were first seen together on the small screen in the music video 'Befikra'. The much-awaited trailer of the action flick, Baaghi 2 starring the hottest pair in tinsel town, Tiger Shroff and Disha Patani dropped last month. Tiger and Disha will light up the silver screen that’s replete with high-octane stunts, goon bashing, killer punches, kicks and the works! The duo has been up and about promoting the movie roping in elements of military style. But in a refreshing change of style, Tiger and Disha dressed to nines for yet another round of interviews. While Tiger looked dapper in smart casuals, Disha kept things minimal and chic in a dress.

Tiger is a bonafide star kid whose chiselled and agile frame makes him an apt muse for dapper suits, contemporary cuts as well as traditional wear. Disha Patani maybe a quintessential outsider but she is the millennial poster girl for uber-chic moments possessing a rare ability to blend style with comfort. With her on-screen role of Neha in Baaghi 2, Disha has channelled a peppy girl vibe with aplomb and is seen sporting some snazzy ensembles like cutesy dresses, denim hot pants, fringed shrugs and chic separates. Meanwhile, essaying the role of Ronnie, Tiger too switches style from cool casuals to brooding military style. Steal a glance at their recent promotional style offering.

Disha Patani – Keeping it chicer than usual for Baaghi 2 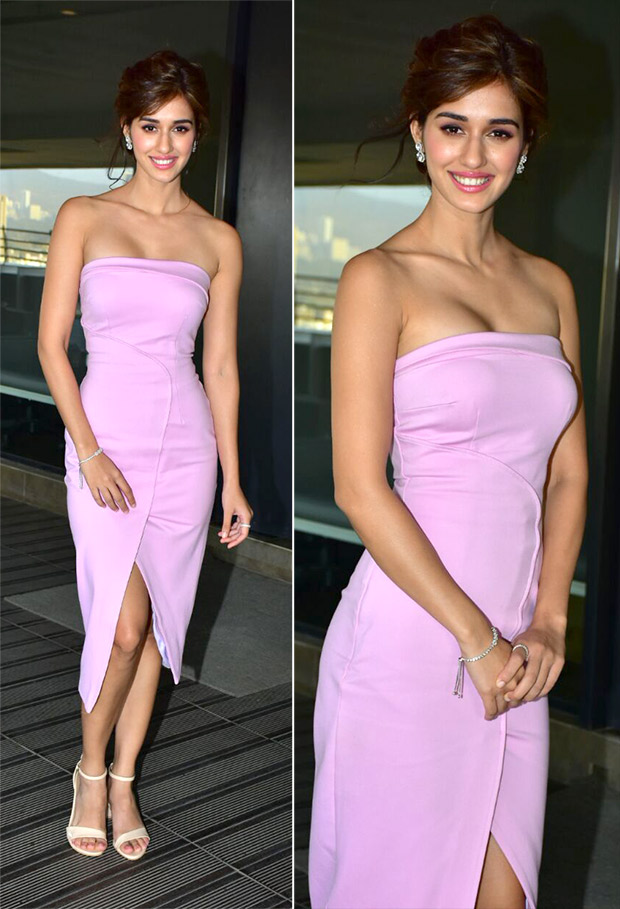 Disha wore a purple bandeau midi dress featuring a front slit from Lavish Alice with strappy beige sandals. A pair of statement studs was the only accessory of choice. She topped off the look with a subtle makeup of defined eyes, nude pink lips and a ponytail with side bangs. (Also Read: Weekly Airport Style: Deepika Padukone, Anushka Sharma, Disha Patani, Ileana D’Cruz give lessons in keeping it chic and summery!) 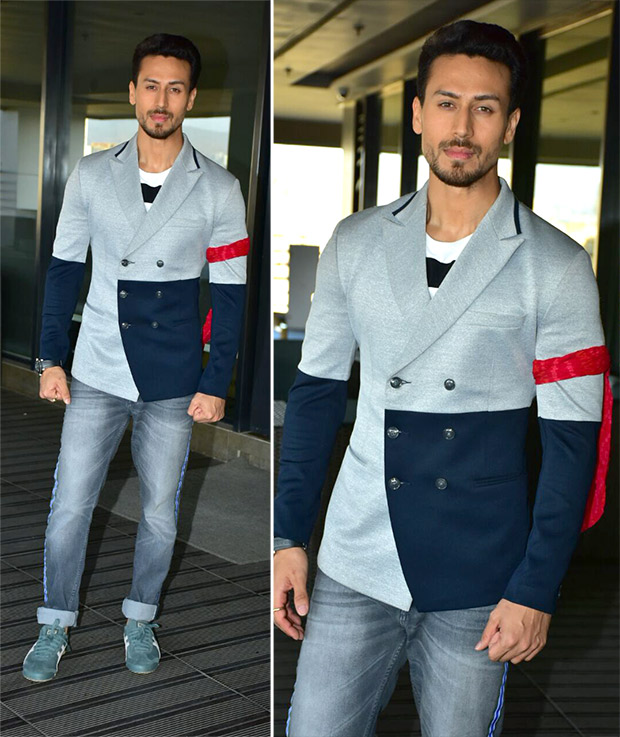 Tiger layered his basic look of rolled up denim and white tee with a grey-blue blazer. He topped off the look with a watch, sneakers, well-groomed hair and beard. (Also Read: Baaghi 2 looks like Tiger Shroff’s white-collar Rambo) 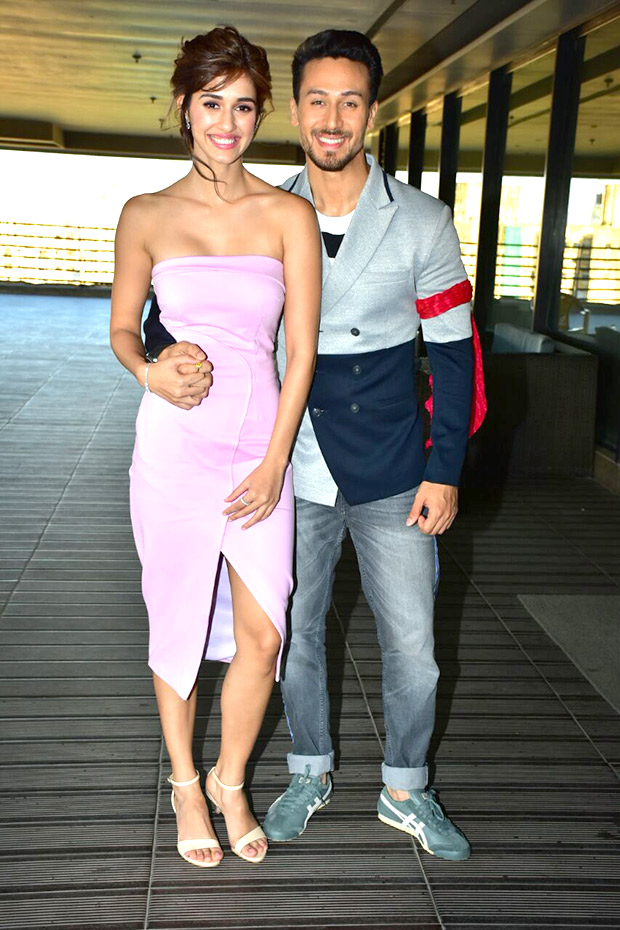 Cutting a striking picture with their crisp style, the handsome pair nailed the promotional vibe to the hilt. (Also Read: All you need to know about Baaghi 2 starring Tiger Shroff and Disha Patani)

The trailer sees Tiger rebelling for love while on a serious mission, a la one-man army to find a small girl called Riya. With an ensemble cast that features Manoj Bajpayee, Randeep Hooda and Prateik Babbar, the movie is a remake of the remake of 2016 Telugu movie Kshanam and slated for a release on March 30.