Superstar Chiranjeevi is all set to share screen space with the Bollywood megastar Amitabh Bachchan. The film in question is Sye Raa Narasimha Reddy. A proof of it is the image the star shared earlier in the day on his blog. Amitabh joined the shooting schedule of the film today and it turned out to be a special day for Chiranjeevi’s son Ram Charan.

Ram Charan was even more thrilled with the presence of Amitabh Bachchan since it was his birthday. Speaking about it on social media, Ram Charan also posted a couple of pictures with the Bollywood legend. He captioned it saying, “Couldn't have asked for a better gift today.. The #Shahenshah #Legend #BigB entering the sets of #SyeRaa tomorrow. #dreamcometrue.” 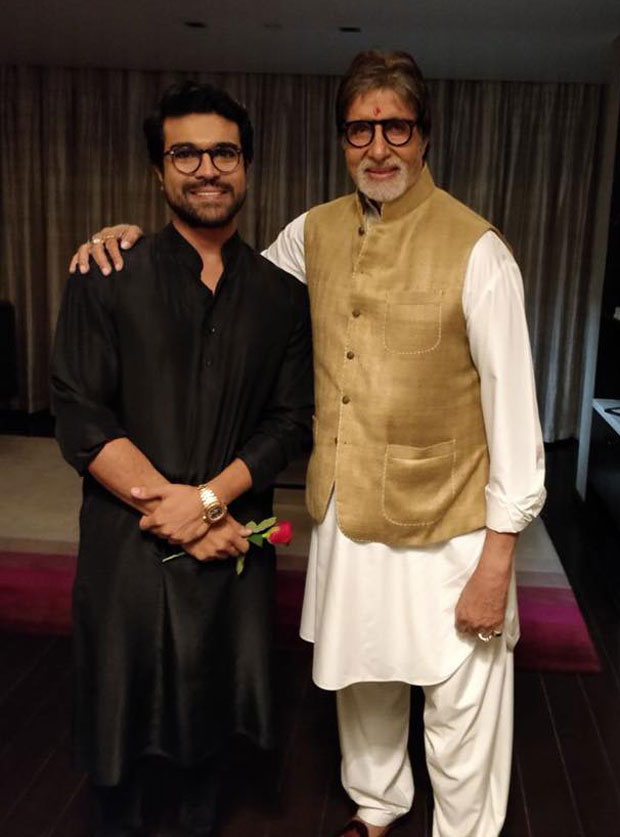 Furthermore, meeting the birthday boy, an excited Amitabh Bachchan presented Ram with a rose. The moment captured was definitely picture perfect we have to say!

Interestingly, Ram Charan debuted in Bollywood with the film Zanjeer, a remake of the Amitabh Bachchan starrer by the same name. On the other hand, Amitabh Bachchan will now essay a small but pivotal role in Charan’s production Sye Raa Narasimha Reddy starring Chiranjeevi in the lead.

Inspired by the real-life story of Narasimha Reddy, an iconic revolutionary who fought against the British, the film will have Amitabh only in a cameo. Recently, the megastar went on to provide the look of his film, which is that of an old man on his blog. But, the details of the same are kept under wraps. 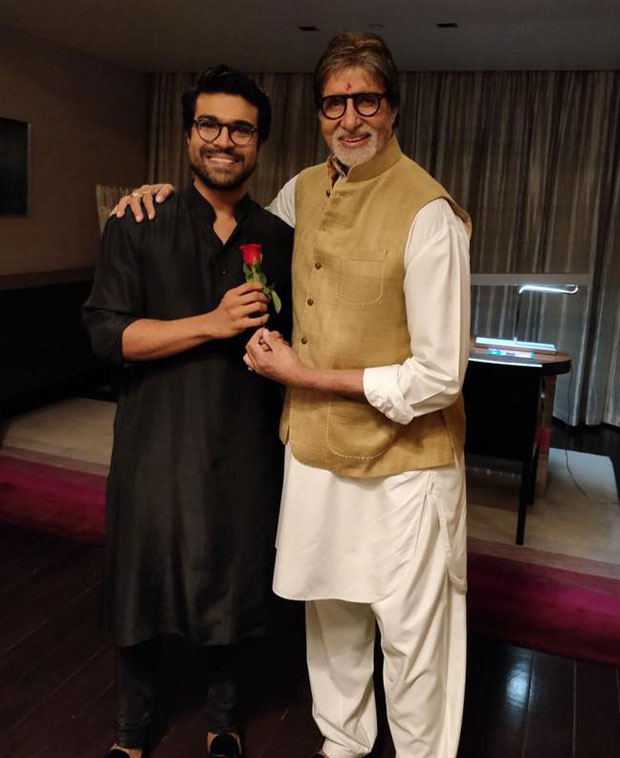 Besides this, Amitabh Bachchan is currently garnering rave reviews for his role as a 102-year-old in 102 Not Out. The trailer for the film, which features him with Rishi Kapoor, hit the tube today. The light-hearted family drama is directed by Umesh Shukla. On the other hand, Amitabh is also looking forward to YRF’s Thugs Of Hindostan. In the film, the megastar is sharing screen space with Aamir Khan for the first time.