Bollywood has been doing the remakes for a long time now. From movie remakes to song recreations, B-town is adding their own touch to the original work. Earlier this week, it was finally confirmed that Sushant Singh Rajput will share screen space with Rockstar actress Sanjana Sanghi in the Hindi adaptation of The Fault In Our Stars. 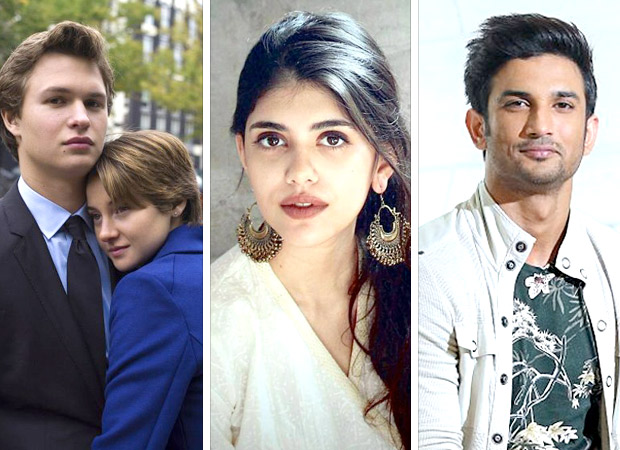 The Fault In Our Stars movie starring Shailene Woodley and Ansel Elgort was adapted from author John Green's novel with the same name. The film went onto become a huge hit and brought the lead actors on the Hollywood mainstream map. Well, it seems like the lead actors are okay with the Bollywood remake. Okay? Okay! Get it?

After the announcement of the female actress started trending, original Hazel Shailene Woodley took to Twitter to share the news with the popular line, "okay? @AnselElgort okay ;)."

Ansel Elgort quickly responded saying they will watch the movie together.

Even author John Green expressed his excitement earlier when the news broke about the Bollywood remake.

I can't believe this is happening. Amazing! ⚡️ “Bollywood remake of The Fault in Our Stars confirms its female lead”https://t.co/3y8avVH8Fj

As of now, we know that Sushant Singh Rajput and Sanjana Sanghi are starring as the leads. Casting director Mukesh Chhabra will be making his debut as a director with this remake. Not much has been confirmed about the film or how much of the book and movie material will be using the remake. Music maestro A. R. Rahman will compose music for the film.

Produced by Fox Star Studios, the Indian adaptation of The Fault In Our Stars will reportedly go on floors in the middle of 2018.

Also Read: The Fault In Our Stars – Sanjana Sanghi: 5 LESSER known facts and pics about this talented actress