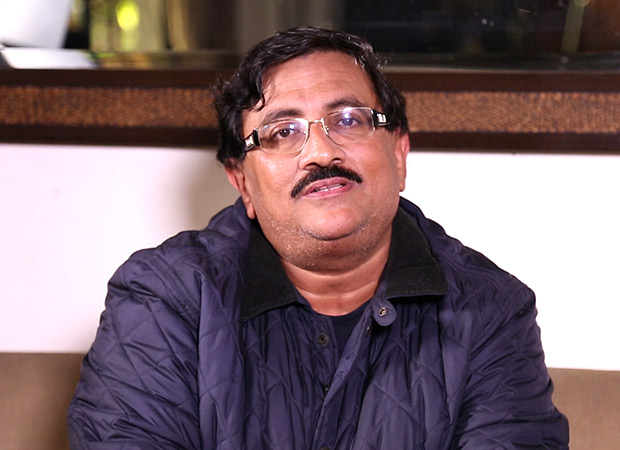 Director Dharmesh Darshan in an exclusive interview to Bollywood Hungama spoke about his film Mela that starred Aamir Khan, Twitter Khanna and Faisal Khan. Darshan expressed his displeasure with Twinkle Khanna who according to him unfairly mocked Mela at an episode of Koffee With Karan recently.

Sir, you’ve worked on Mela, Faisal was there, Twinkle Khanna was there. I still remember when Mela was released it was mounted on a huge scale. Many say that Mela did not work at box office. You told me off camera that in the northern belt, heartland of India it did extremely well. Would you like to talk about Mela? Were you happy with the film?
I’ve never been happy with any film of mine. From Lootere to Raja Hindustani to Mela to Bewafaa to Aap Ki Khatir, I always feel I could do so much more. How to be happy with such a multi-faceted thing such as cinema? Main dekhta nahi hoon apni filmein, people tell me good, bad, I listen. They play on satellite every day. Mela suffered in comparison with Raja Hindustani, one. Mela was the film which was made with two people’s instinct, Aamir Khan and me. This is the first time I’m saying this. Aamir Khan had behaved so wonderfully during Raja Hindustani and then he wanted me to do this film for Faisal, who is a very dear and sweet person. I had reached my pinnacle with Raja Hindustani. So when I was very strict in Raja Hindustani, I became super soft in Mela. Whatever Aamir would say I say okay let’s give it a chance, so neither is he of the sensibility of Mela. So it got diluted in that. In spite of that it had major casting… don’t forget except of Aamir Khan everybody was on the low from Twinkle to Faisal to Tinu Verma to everybody was on a low. Every time I can’t make a challenge like before with Raja Hindustani with Karisma. After Dhadkan with Akshay-Suniel, hamesha thodi main magician thodi hoon. Phir bhi I think Faisal did very well. You see Madhosh and Mela, you see the difference. He did very well; in some scenes he is better than Aamir Khan, he gave a very real performance. And how to be better than Aamir who is such a great actor but he was like Karisma, woh sunti thi, Faisal bhi aisa tha, clay tha. There is a myth; every filmmaker gives smash hits and failures, from Hitchcock to Raj Kapoor to David Lean to Spielberg to Yash Chopra to Aditya to Sooraj Barjatiya so how can I be an exception? So Mela is definitely not a hit. In the Heartland means from MP, Rajasthan, Bihar, Bengal, Uttar Pradesh, Delhi, Punjab, which is India, Mela is an extremely successful film, unfortunately I didn't say it, and unfortunately the myth got perpetuated, for some reasons the actors also continued that myth. Then it suited me to move on also with Dhadkan. Overnight in six months, Dhadkan became such a hit film. So I also didn’t mention it. You know I am not someone who will mock or run down or forget my (in case it is) lesser healthy or handicapped child. I stand by Mela as much as I stand by Lootere, Raja Hindustani, Dhadkan, Bewafaa and Aap Ki Khatir. It’s mine!

Aamir has never run it down; Aamir has always stood by Mela.
Well I am happy Aamir has stood by it, but recently I’ve seen there is some mocking about the film.

On Koffee With Karan? Twinkle?
Yeah! Mujhe kya farak padta hai! I am not the producer of Mela. I am not identified with only Mela; it’s not my only film. I am known more for Raja Hindustani and Dhadkan. Twinkle is good in Mela. If you see all her performances she is nice in Mela. But I don’t know how to seriously take Twinkle, she called herself also a terrible actress (on Koffee with Karan), ab woh bol rahi hai and I respect Akshay ji a lot. Phir Mela ke baad main Twinkle ke saath 5 saal main bahut milta raha because I was working so much with Akshay Kumar, Dhadkan and Bewafaa. She never told me all these things. Toh suddenly yeh, kaunse show mein, mujhe odd lagta hai. Contemporary director ke show mein, contemporary director aapki film… how it will be I am making fun of my contemporary directors. I find it very odd. If Aamir stands by it, it’s sensible and righteous of him to stand by it. Faisal is a sweetheart; he is very dear to me. I have hardly met him after Mela. Maine jitna Faisal and Twinkle pe kaam kiya, main 5 picturen kar sakta tha.

I interviewed Faisal, this year only. He had very good things to say about Mela. And you’re right about the transition from Madhosh to Mela.
He got 10 films after that. Everyone can’t become a superstar. In between people rise also na. He got 8-10 films, he shot, 2-3 released also phir baaki band ho gayi. Can I take responsibility? I also have to run a life. I wasn’t a new comer; I was doing Mela post Raja Hindustani. Where every actor wanted to work with me, possibly. It took a lot of sacrifices; I am still tired with Mela. It’s a physically exhausting film. A film is, one, which everyone knows it is clicked but it is important in this perception times to clear the truth. I repeat, I am not the producer, Mela is not my identity. Oddly with time, Mela is loved by youngsters because of satellite they find it very comic and funny unlike my other films. There is lot of masti mazaak of Aamir Faisal, ‘Kamariya Lachke Re’ with Twinkle, ‘Chori Chori Hum Gori Se Pyaar Karenge’. I meet people in north, I get surprised, and they tell me Mela bahut pasand hai, they laugh and I am like, Chalo!

I also read an interview, when Aamir was asked about the scene where he takes urine in the beer bottle and whether that was the right thing to do? Aamir said, I think it was funny.
It was Aamir’s idea, that scene. Faisal did it so well. It’s such a funny scene. Yeh cheez jab aap Hollywood mein karte hai toh log bolte hai wow it’s so funny. This was Aamir Khan’s idea, this sequence, this urine therapy sequence. I was damn stressed while shooting it. I said Aamir, Raja Hindustani has become cult hit, isme aur koi dusre director ka naam hota toh nikal jaata. He said Dharmesh you’re popular, you can’t have hang-ups you made us do kissing scenes. Again I said just now that the film was made with two people’s instincts. So who will believe this was Aamir Khan’s sequence? He has done something like this in Ishq also; I said that suits Ishq and this is not my humour. I have had my humour with Johnny Lever, I am doing it with this film. Ek baar maine shoot kiya toh dost maine full conviction ke saath shoot kiya. Aaj main kitno ko bolunga yeh respectable Aamir ka idea hai. Lekin phir Aamir ne Raja Hindustani mein ache suggestions discipline mein bahut contribute kiya tha. Mujhe shayad strict aur hona chiaye tha. Kabhi odd toh nahi tha unke saath, Hum Umar hu, respect karta tha lekin Raja Hindustani mein unhone itna saath diya aur itne ache disciplined actor the aur itne kaamyab the. Phir Dhadkan mein main zyada strict ho gaya Mela ke baad. I don’t feel bad for anybody; Aamir moved on, Twinkle moved on, I feel bad for only for one person.

Faisal?
Not even for producer, Ratan Jain told me we made good money on this film, satellite and did well in markets. I feel sad only for one person, my dear Faisal. I treated him like my little brother, I taught him, and I really wanted it to work for him. Stars ka toh chalta rehta hai, I’d helped creating so many stars. Lekin main kya kar sakta hoon? Main sirf director hoon I am not god. Faisal, wherever you are, haven’t met you in a long time, let me use this opportunity to say, “I think you’re remembered for Mela and you’ve did very well. Wherever you must be going people will be saying Mela Mela Mela". Enjoy buddy! It came late, it’s yours.