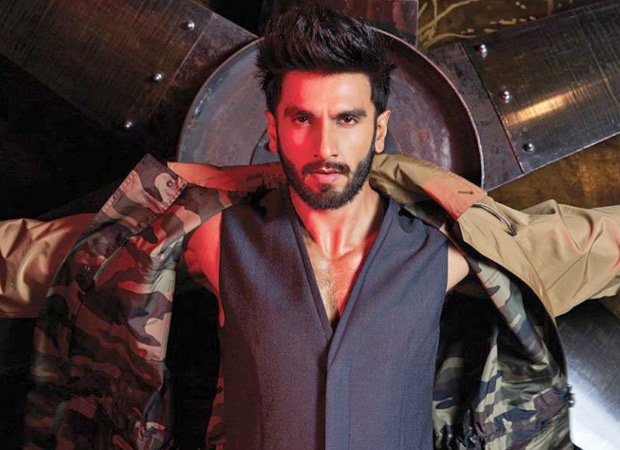 Besides setting the studio on fire with their electrifying repartees to Karan Johar’s questions in the recent edition of ‘Koffee With Karan’, the impeccable duo of Ranveer Singh and Ranbir Kapoor also made some startling confessions. One such confession was made by Ranveer Singh, who said that, these days he was completely in the ‘Padmavati’ zone, wherein nothing else matters to him more than the film at this very moment.

Bollywood Hungama has it that in order to get into the skin of his character in Padmavati, Ranveer Singh has now shifted his base to a new house in Goregaon, which is extremely closer to Film City (venue of Padmavati’s shooting). Ranveer Singh, who calls his new domain as his ‘gufa’ (den), said that he gets totally cut off from the world when he is in his ‘gufa’. The USP of his ‘gufa’ is that, because of the height at which it’s located, there is no mobile signal, thus allowing him to concentrate on his character with utmost peace. Elaborating further about his ‘gufa’, Ranveer Singh said he had designed the place like his workshop where he did all his creative work.

When asked about his character in Padmavati, Ranveer Singh said that he will be seen playing a negative character named Alauddin Khilji. He added that, since this role was completely out of his comfort zone, this was the toughest role that he had played so far.

Besides Padmavati, Ranveer Singh will soon be seen in YRF’s Befikre, where Vaani Kapoor will be seen playing his onscreen lady love. Directed by Aditya Chopra, Befikre is slated to release on 9 December this year.