“I have been upset ever since I heard that my dear friend director-producer Arjun Hingorani passed away in Mathura. It’s literally the end of an era for me. For Arjun was like my own brother for more than 65 years. We started together. He gave me my first break. Actually the first film I signed in Mumbai was Bimal Roy’s Bandini. But that took time to take off. You know how it is with these genius directors like Bimal Roy, Hrishikesh Mukherjee and Raj Kapoor. They take their time in making their films. So while I was waiting for Bandini to happen, I met Arjun Hingorani. He kept saying, ‘Main tujhe sign karunga’. I didn’t even know who he was. And why should I have worked with someone unknown when the great Bimal Roy had signed me? But Arjun was insistent, ‘Main tujhe hero banaaonga’. I said, ‘Chal, banaa.’ That’s how my first film Dil Bhi Tera Hum Bhi Tere was made and released in 1960. 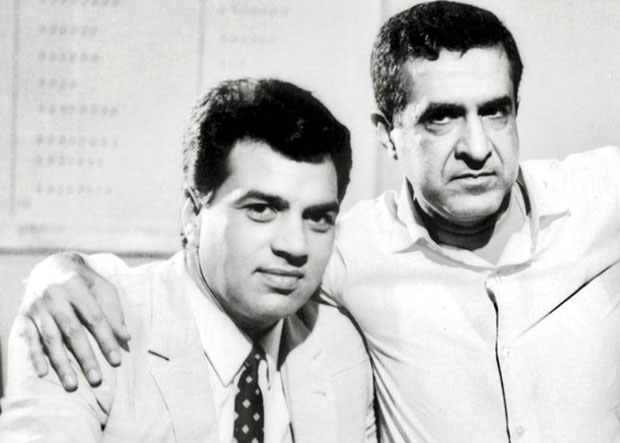 The film flopped but its music by Kalyanji-Anandji was a hit, specially the song Mujhko iss raat ki tanhani mein awaaz na do. Then for a decade Arjun didn’t make a film with me. He made Saheli without me starring Pradeep Kumar, and then came back to me with Kab Kyun Aur Kahan. He was very confident of the subject and promised to pay me only after the film succeeded. The spy thriller was a big hit and then began Arjun Hingorani’s second innings in the Hindi film industry. I am happy and proud to say I was part of most of his films. After Kab Kyun Aur Kahan we did Kahani Kismat Ki which was another big hit. The song ‘Arrey Rafta Rafta Dekho Aankh Meri Ladi Hai’ is popular to this day. In fact we—my sons Sunny and Bobby and I-- are recreating the ‘Rafta Rafta’ song in Jat Yamla Pagla Deewana3. Salman Khan is also joining us in the song. After Kahani Kismat Ki I went on to do Khel Khiladi Ka, Katilon Ke Katil, Karisma Kudrat Ka ,Sultanat and Kaun Kare Kurbanie with Arjun. Sultanat was Arjun’s most ambitious film and he wanted both Sunny and me together in the film. Sridevi was also in the cast. The film was a flop because of its weak subject. Many people said Sultanat flopped because Arjun didn’t have a title with three ‘K’s in it. It is interesting how superstitious this industry makes you.

When Arjun had no success for the first ten years of his career and then Kab Kyun Aur Kahan clicked he decided it was the 3 ‘K’s in the title that did the trick. And he always managed to get the titles with the required ‘K’s. I would joke with him to make ‘Kaan Ka Kachcha’. After Kaun Kare Kurbanie Arjun suddenly became a Krishna Bhakt and migrated to Mathura where he spent his last years. I missed him. I would call him. But he was in his own world. It’s heart-breaking to lose all your friends one by one. It is the love of my fans, friends and well-wishers that has kept me going for so long. I hope that is never taken away from me.”