When Ranbir Kapoor and Ranveer Singh came together on Koffee With Karan, it really took audiences by a surprise. The situation was no different when Alia Bhatt and Deepika Padukone came together on the same show in its latest season. The dynamics between the four of them have always been a mystery. And add to that, Ranveer Singh and Alia Bhatt were romantically paired in Gully Boy. Ranveer Singh answers to some crucial questions at the recently held India Today Conclave 2019 and one of the most important ones amongst that is about his dynamics with wife Deepika and the duo of Ranbir and Alia. 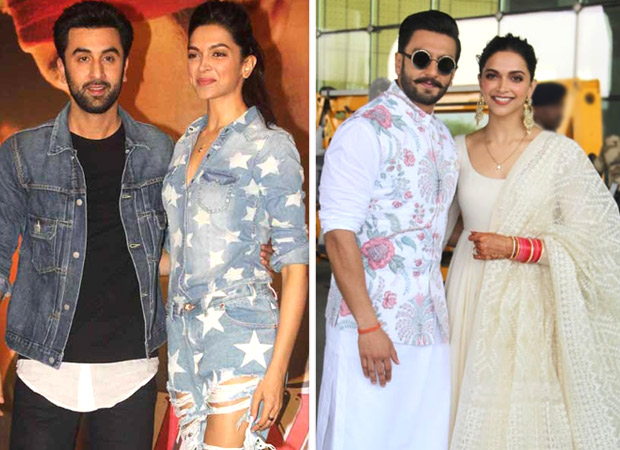 During the interview at India Today Conclave 2019, Ranveer Singh was questioned about his insecurities related to Deepika Padukone, who too is one of the reigning actresses of Bollywood. There was also a specific reference to Ranbir Kapoor, who was Deepika’s former boyfriend. The millennial husband Ranveer Singh, however, gave a perfect response that proved how secure he is as a partner.

“Do I seem like an insecure person, really? I am extremely secure in who and what I am and I know that nobody can love her the way I can, so it’s cool,” he said. For the uninitiated, Ranbir Kapoor and Deepika Padukone were dating when the actress started her career in Bollywood and separated after almost two years of relationship. Despite their breakup, they continue to be friends and went on to act in films like Yeh Jawaani Hai Deewani and Tamasha.

On the other hand, Ranveer Singh was all praises for his Gully Boy co-star. He called Alia Bhatt not only a brilliant actor but also described her as someone who has the potential to become a legend.  As for Ranbir Kapoor, Ranveer wants to collaborate with the Sanju star as soon as possible. “We had many opportunities to do a film together but none of it has worked out. But, hopefully never say never. I hope it happens sooner than later. I know he wants to collaborate too. I think it will be quite epic!” he said.

Also Read: Ranveer Singh opens up about the ban on Pakistani artistes in India