Arjun Patiala is a cop-comedy starring Diljit Dosanjh and Kriti Sanon. This fun-filled movie is a romantic story about a tall girl and a not-so-tall guy. With the movie being postponed due to certain circumstances, the movie is all set to go on floors as the stars of the film are getting their photoshoot done and it looks super fun! The movie also stars Fukrey franchise fame Varun Sharma. 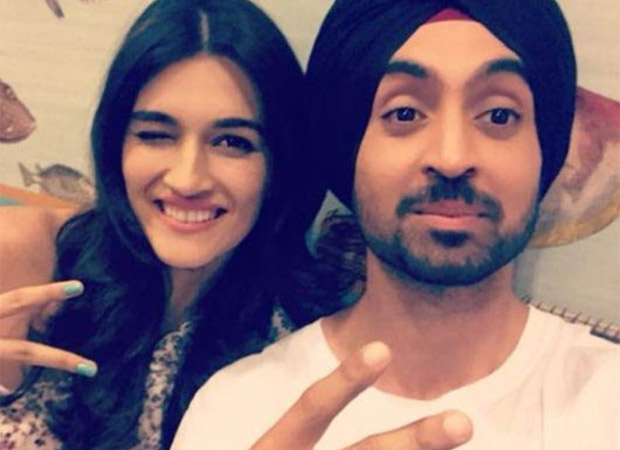 This is the first time that Kriti will be seen sharing the screen space with Diljit and we can’t wait to see their chemistry in the film. Arjun Patiala is quite an anticipated comedy since the plot of the film has not been explored yet in Bollywood. Diljit took to his Instagram to inform his fans that they are conducting the photoshoots now. In the boomerang, Diljit is seen tossing a teddy bear with Kriti just staring at the camera in a sceptical manner. Take a look at it.

Kriti Sanon’s recent release Luka Chuppi has opened at the box office with big numbers on the first day itself. Starring opposite Kartik Aaryan, this movie is the biggest opening Kriti has had; the film even crossed Badhaai Ho’s first day collection.