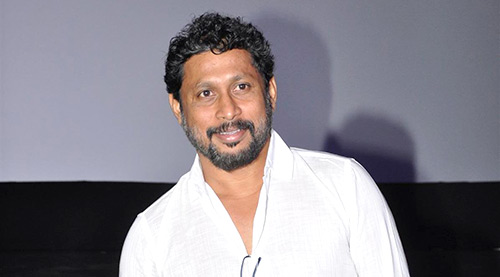 Deepika Padukone didn't squirm while mouthing those toilet lines to her screen-father Amitabh Bachchan in Piku.


Revealing his dazzling actress' complete ease, Shoojit says admiringly, "I never had to convince Deepika to do the lines. In fact she agreed to do the film after I enacted just one scene in front of her in her house. Just one scene! After that one scene she said, 'I am going to do the film.' As for Mr Bachchan, he heard the full script, then we had a discussion."


Shoojit is dazzled by Deepika Padukone's growth as an actress. "Her choice of roles has been tremendous. I think her choosing to do Piku is also a very brave decision. To mouth the kind of dialogues that talk of bodily functions would embarrass many actresses. But she can say anything with grace. She is so much in control of the language."


Incidentally papa Bachchan and beti Deepika would be seen singing and dancing in their house, though not in a choreographed fashion.


Shoojit has words of high praise for Irrfan Khan. "It was a pleasure for him. I consider him the only international star we have. He has given so much to Piku. In many ways he has the most difficult role in the film."


Shoojit also speaks very fondly of Moushumi Chatterjee. "She brought so much vivacity on the sets. She is such a fun person. She is exactly the way I remember her as Bachchan Saab's co-star in Manzil and Benaam. Moushumidi bounces with energy. My set would come alive with sound and activity when she arrived. And what a fine actress."