We all know that there are many Bollywood celebrities who have been attending the show Dance India Dance 7 that has Kareena Kapoor Khan as one of the judges along with Raftaar and Bosco Martis. After promoting films like Jabariya Jodi and Arjun Patiala, now Malaika Arora recently visited the sets of the dance show as the co-judge. Needless to say, the audiences as well as the contestants were keen on seeing Malaika perform and groove to some of her chartbusters and the actress-dancer too was more than happy to oblige. 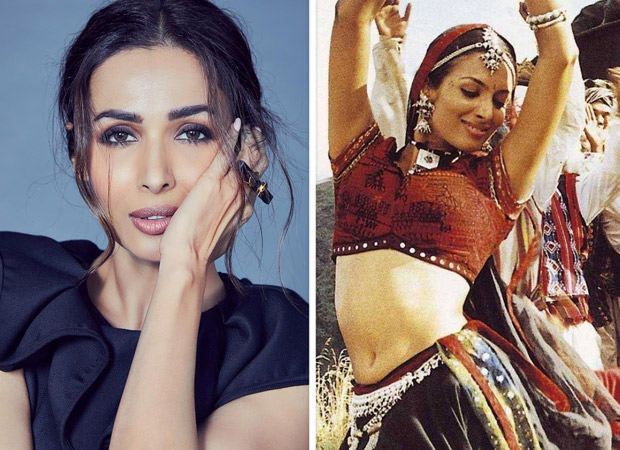 Readers would be aware that Malaika Arora has turned reality show judge in the past many times. This time around too, the actress was seen having a gala time in Dance India Dance 7 where she even grooved to the evergreen peppy dance number ‘Chaiyya Chaiyya’ from the film Dil Se… All Bollywood fans would agree to the fact that this Shah Rukh Khan dance number has continued to rock the music charts even today. The A R Rahman composition was shot atop the train with Malaika dancing alongside Shah Rukh. The song also gave Malaika immense fame in the industry too. In fact, after she turned nostalgic to this song, Malaika even reminisced and revealed some memories related to the song.

As per reports, Malaika said that everyone around the sets were sweet to her and Shah Rukh Khan, Mani Ratnam and Santosh Sivan despite being experienced and famous, always treated her with immense respect and care. In fact, Arora went on to reveal that considering the song was shot atop a moving train, she would often fall or trip after a few steps; hence they had decided to loop a rope around her waist. Owing to the pressure, the rope resulted in cuts around her waist and the actress was also bleeding. But she asserted that everyone on the sets took real good care of her, from helping her to feeding her, they did everything to ensure her comfort. The actress further extended her gratitude towards them for doing so!