Varun Dhawan and Sara Ali Khan have begun the second schedule of their upcoming film Coolie No. 1 in Mumbai. After the fire incident which put a pause on the shooting, they have resumed work and seem to be having a gala time on the sets of their comedy flick. 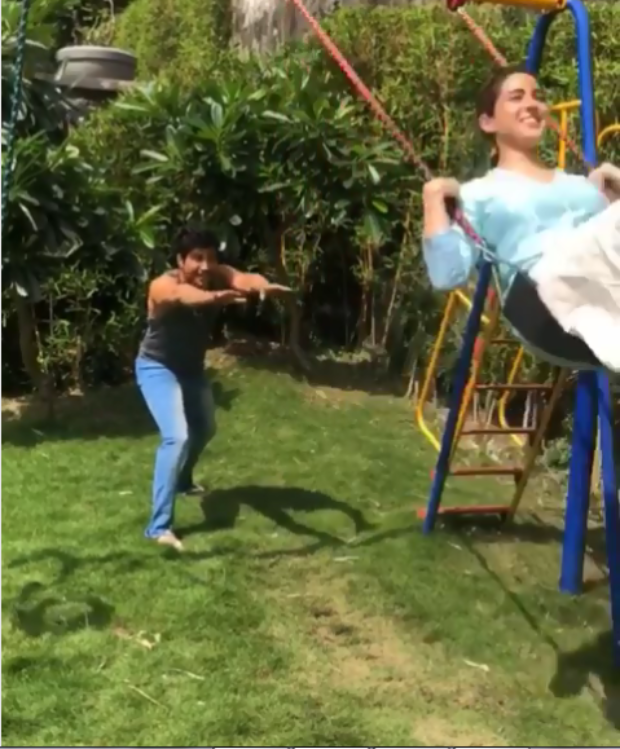 Taking to Instagram on Tuesday, Varun Dhawan shared a video in which he is all smiles as his co-star is having a gala time on a swing. He captioned this video as " ☀ fun in the sun @saraalikhan95 Coolie no1.”

As per reports recently, no one was injured during the fire incident in Mumbai. But, they suffered a major loss. The makers had procured Rs. 125 crores insurance but the loss was suffered by the third party since it was their equipments that were damaged when the set caught fire. The makers estimated the cost of damage between Rs. 2 crores to Rs. 2.5 crores. The surveyor from the insurance company visited the set to file a report. The filing will begin and only then they will be able to claim the damages.

Directed by David Dhawan, Varun Dhawan and Sara Ali Khan starrer Coolie No 1 is set to release on May 1, 2020.