South Korean action director SeaYoung Oh is one of the top action directors of the world today having worked on films like Avengers: Age of Ultron, Snowpiercer, etc. He specializes in creating a complicated yet incredibly brilliant hand to hand combat sequences and jaw-dropping action spectacles. In War, SeaYoung Oh has designed some of the biggest action stunts in the history of Bollywood including the action sequence featuring Hrithik Roshan on the plane and the record-smashing one-shot entry sequence of Tiger Shroff. 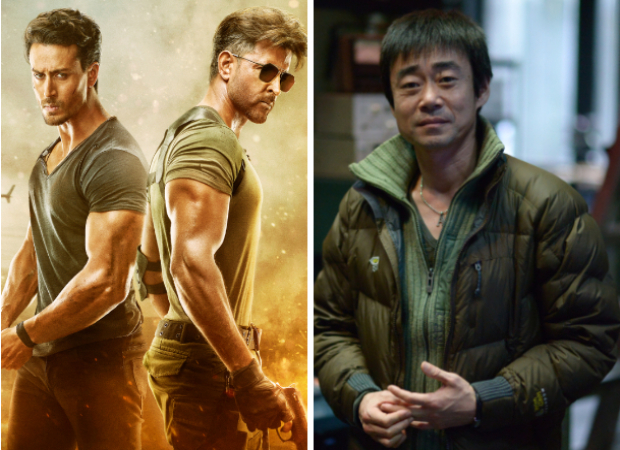 The Hollywood action director says that for War, Hrithik had put his body on the line as risk levels for all his action sequences were coded as critical. “Hrithik had put aside his own safety for the film to bring a jaw-dropping scene on the screen for the audiences. I want to give a standing ovation for Hrithik's fearless and confident performance. The way he smiles after perfectly finishing the action performance is something I will greatly miss,” says SeaYoung Oh.

About Tiger’s incredible one-shot action entry that has now become the longest one-shot action sequence in the history of Bollywood, SeaYoung Oh showers heaps of praise on the young superstar. “Making a sequence in a single-shot requires everyone's undivided attention and effort. Especially when this is an action sequence, the actor's inborn talent and action capability become a prerequisite. Tiger performs an action with such ease. He never failed to surprise me with his every movement. I believe Tiger will be the future of Bollywood's action films,” says the top action designer.

For SeaYoung Oh, WAR is the hardest ever film that he has worked in his career! He says, “I remember getting quite disconcerted after reading the script. Number of times I thought, ‘How is Siddharth sir planning to do this?’ I think I have never shot so many pre-visualisation videos just for one film (to prep) in my entire years of working in the film industry!”

The director adds that he studied Hrithik and Tiger’s action films before he designed the never seen before action sequences for the two superstars to execute. “It was a great honour for me to get an opportunity to work with two of the greatest action stars in Bollywood (and both of them in the same film at that!), it was also important for me to study their previous works and interpret their own styles. As great the honour it was for me, it was just as burdensome. When the actors are good at action performances, it is definitely beneficial for the film, but for me as an action director, I have a pressure to come up with completely new and unique action sequences that has never been seen before. I had to be very careful and thoughtful while designing the choreography for them,” he signs off.

Yash Raj Films’ War, promises to be the biggest action spectacle of all times. It is set to release in Hindi, Tamil and Telugu on the big national holiday of Gandhi Jayanti (October 2). It also stars Vaani Kapoor playing Hrithik’s love interest in the film.

ALSO READ: The War of t-shirts between Hrithik Roshan and Tiger Shroff just got better!