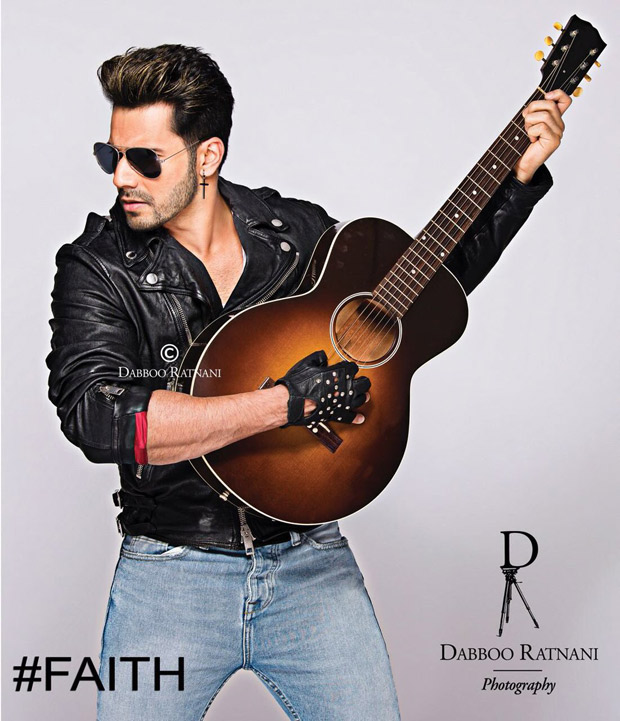 Every year, Bollywood's go-to fashion photographer Dabboo Ratnani features top actors and actresses in a classic photoshoot for his glamourous calendar. This year, the fans were already aware of who all will be featured in the annual calendar as the photographer has shared small clips with the celebs teasing the photo shoot.

One of the actors who have been featured on the calendar is the next-gen actor Varun Dhawan. Giving rockstar vibes and inspired from later British singer George Michael, Varun is seen in a black leather jacket with a guitar with a caption that reads, "#Faith". The cross earring, sunglasses and semi coloured hair oozes hotness. Varun captioned his cover, "@DabbooRatnani 2017.#faith. @AalimHakim @Nitasha22 thank u. #georgemichael #respect."

Shah Rukh Khan, Sanjay Dutt, Ranveer Singh, Shraddha Kapoor, Arjun Rampal, Farhan Akhtar and others are among the actors who have also been featured in the annual calendar.

On the work front, Varun Dhawan will be next seen in Shashank Khaitan's film Badrinath Ki Dulhania opposite Alia Bhatt which will release on March 10, 2017.