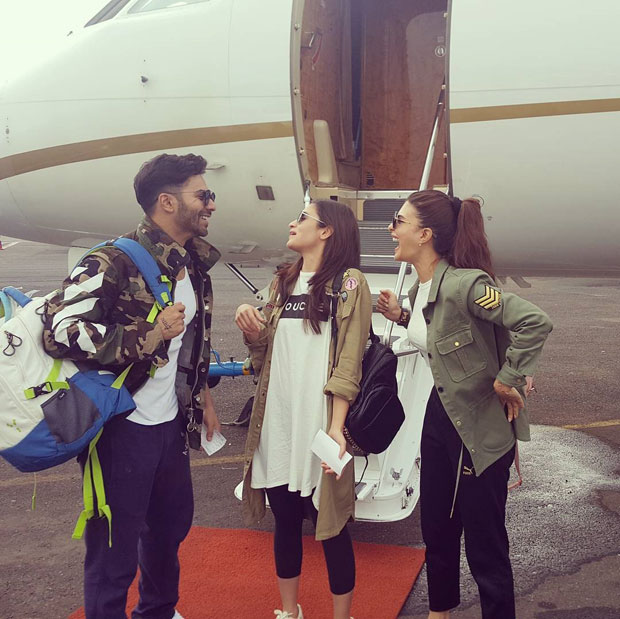 It's been a while since Varun Dhawan and Alia Bhatt started shooting for their next film, Badrinath Ki Dulhania. Taking a break from the shooting, the pair will be performing together at the opening ceremony of Indian Super League season 3.

Varun and Alia were accompanied by Jacqueline Fernandez who is also one of the performers at the event. She shared a photo where all three of them were delighted to see each other and captioned it saying, "Reunited with my Junaid and his preeettttyyyyy dulhania! Guwahati here we come!! #ISL".

On the work front, Varun Dhawan and Alia Bhatt starrer Badrinath Ki Dulhania is helmed by Shashank Khaitan. On the other hand, Jacqueline Fernandez will be seen in a romantic action film tentatively titled Reloaded opposite Sidharth Malhotra.