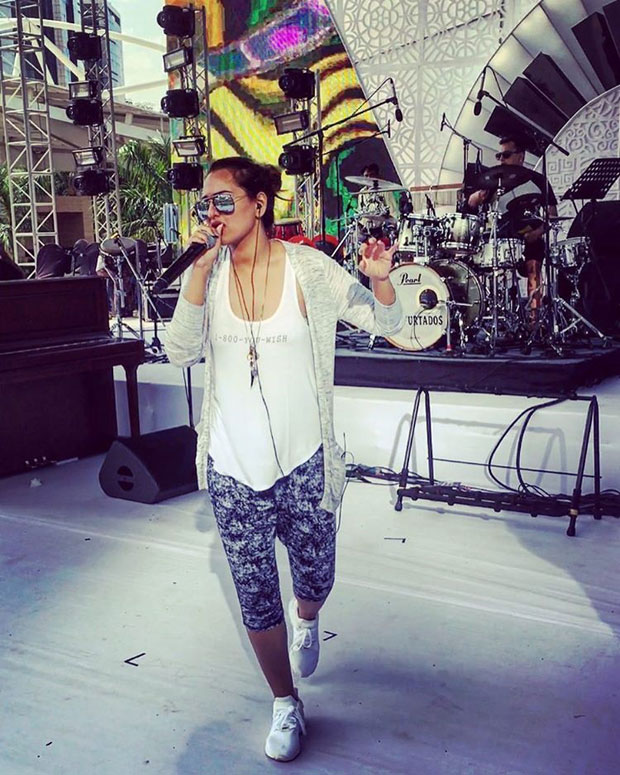 Earlier this month, we had reported that Sonakshi Sinha was all set to put the stage on fire at Bollywood Music Project which is a two-day music festival.

The festival starts today and Sonakshi Sinha is quite pumped up about the same. She was seen during the technical rehearsals where she was rehearsing for her performance. It had been reported that she will be singing her song 'Ishqholic'. Sharing a photo from the stage, she wrote, "Sound check done for the #BollywoodMusicProject @bmp_online...im TOOOOOO excited!!! See you there!!! #SonaOnStage #liveperformance #letgo."

On the work front, Sonakshi Sinha will be next seen in action thriller Force 2 alongside John Abraham and Tahir Raj Bhasin. Directed by Abhinay Deo, Force 2 is scheduled to release on November 18.