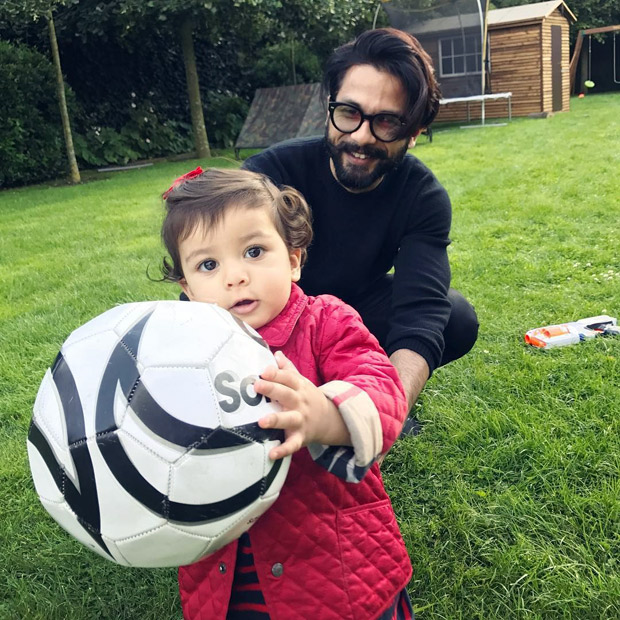 Shahid Kapoor, who has been keeping quite busy with the shooting of Padmavati, has taken some time off from work for a family vacation. Last week, Shahid Kapoor along with wife Mira Rajput and daughter Misha Kapoor took off to London to kick start Misha's upcoming first birthday.

Shahid Kapoor has already begun his little princess Misha Kapoor's first birthday which is on August 26. The doting daddy shared a picture from their holiday and it seems like the father-daughter duo is having a great time. In the photo, Misha is seen holding a football as daddy Shahid is holding her. He captioned the photo as, "#playtime with lil missy."