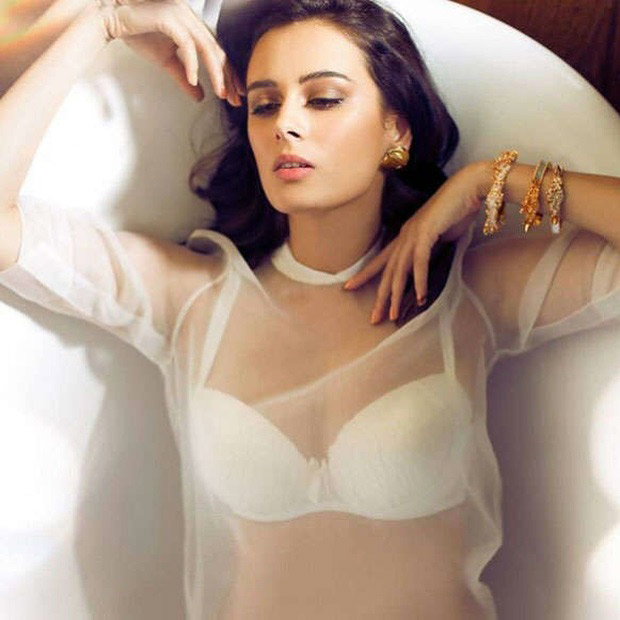 Evelyn Sharma debuted quietly in Bollywood in 2012 with From Sydney With Love. But this cute girl trapped in a sexy body caught worldwide attention with her sizzling role in Yeh Jawaani Hai Deewani. Her bombshell appearance in Yaariyan also added to her fan following. Though she hasn’t done many films after that, the actress’ fan base has remained intact thanks to her regular picture updates on Instagram.

Recently, Evelyn Sharma posted a series of pictures showcasing her hot photoshoot that she did for Maxim. The most striking picture out of it is Evelyn lying on the bed. She is wearing a transparent top, which exposes her white bra that she has worn underneath. Her hot body, her expressions and also her accessories add to the charm. She has also given an interesting interview along with this photoshoot in which she has emphasized that wearing pants is overrated! Also, those interested in asking her out, she has a word of caution: If you don’t know to pull a chair or open the door for her, she wouldn’t be interested as she’s a ‘spoiled princess’!

Evelyn Sharma was recently seen in a supporting role in Shah Rukh Khan-starrer Jab Harry Met Sejal. A week back, she was spotted shooting for the upcoming reality show ‘Stupid Man Smart Phone’.