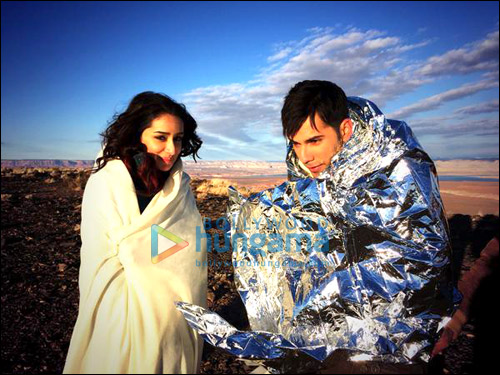 Though ABCD (Any Body Can Dance) was a low key affair comparatively, it seems that the sequel to the same is going to be way more star-studded. Adding the required star power to the cast are Varun Dhawan and Shraddha Kapoor who will be playing lead roles in ABCD 2.


The film will be shot in different locations across the world and it was recently being shot in US. During their schedule in the continent, the whole cast and crew of the film seemed to have had a blast. In fact, Varun Dhawan took to Twitter to post a picture with co-star Shraddha Kapoor as the two of them were freezing while shooting at the Grand Canyon. Talking about it, Varun tweeted, "Frozen in #grandcanyon #abcd2 #spaceblankets -10 degrees@ShraddhaKapoor"

Also describing their experience of shooting in the U.S, Varun Dhawan said, "The USA schedule of #abcd2 is done never had soo much fun on any film energy, passion ,love and DANCE thank u."


Directed by Remo D'Souza and produced by UTV, ABCD 2 will also star Prabhu Dheva, Lauren Gotlieb, Dharmesh Yelande and it is slated to release on June 26, 2015.