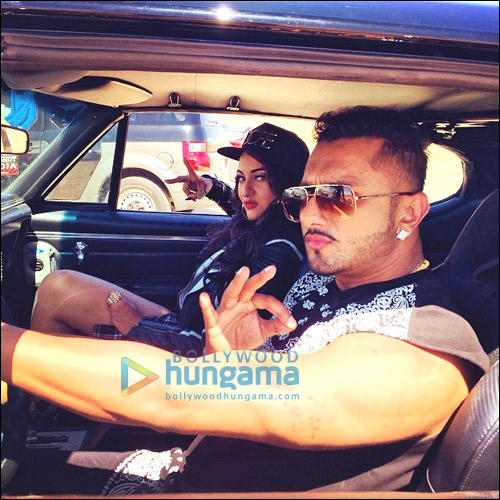 Earlier we had reported that Sonakshi Sinha would be featuring in rapper Yo Yo Honey Singh's next music album. In fact we had also given a sneak peak at Sonakshi's look in the album and now the first look of the same was recently released that features both Yo Yo and Sonakshi.


Presented by T-Series, the image is from the teaser that features the duo in a high speed car chase with police cars trailing and helicopters hovering over them. While Honey Singh retains his trademark glares, Sonakshi Sinha on the other hand has certainly done a makeover of sorts for her new glam avatar.