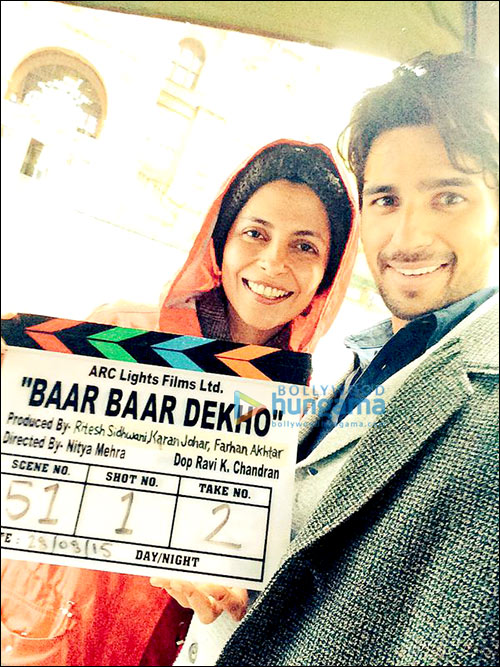 After a lot of rumours and speculations, Sidharth Malhotra's next, to be directed by Nitya Mehra, has finally gone on floor in London. In fact, the actor recently took to Twitter to share a picture with the filmmaker.


Sidharth Malhotra posted a selfie with Nitya Mehra saying, "#BaarBaarDekho begins, our timeless love story by @nitya_mehra @ritesh_sid @karanjohar @FarOutAkhtar #KatrinaKaif." The film which was earlier tentatively titled as Kal Jisne Dekha, has also been re-titled now as Baar Baar Dekho, according to Sidharth's tweet. The film is said to be a love story that travels through time and Sidharth along with co-star Katrina Kaif will be sporting different looks in the film.


Baar Baar Dekho is produced by Excel Entertainment in association with Eros.

The Kapil Sharma Show: Kiara Advani does not…