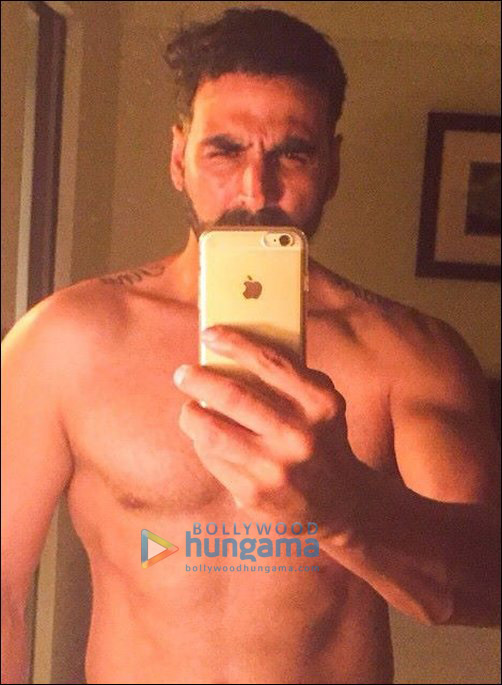 It is quite a trend in contemporary times for actors to flaunt their toned physique on social networking sites and the new celeb in the league is Akshay Kumar. Though the actor is often known for his anti-social nature, considering that he likes to sleep and rise early, this time around Akshay decided to give a treat to his female fans.


Known for his death defying stunts, Akshay Kumar recently decided to tone up his body for his avatar of a boxer in the Karan Johar's family drama Brothers. The actor posted his first selfie, a shirtless avatar wherein he is flaunting his bulky muscles on the social networking site, captioning it as, "It's been a while friends, wishing u all a happy #?Sunday?. Enjoy my very first Selfish #?Selfie? #?Brothers? #?FitTheHealthyWay? #?IfICanDoItSoCanYou?".


Directed by Karan Malhotra, Brothers also stars Sidharth Malhotra, Jacqueline Fernandez, Jackie Shroff in prominent roles along with Kareena Kapoor Khan in a cameo. The film is slated to release on August 14, 2015.