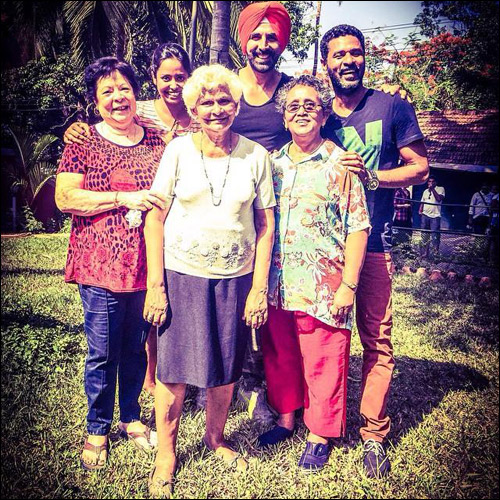 Akshay Kumar shared an adorable picture, wherein he is seen in an avatar of a sardar with a pagadi (turban) and is posing with director Prabhu Deva and a few local senior citizens. He also posted a message thanking them for their warm hospitality saying, "And it's a wrap for the 2nd schedule of Singh Is Bliing! Bidding goodbye to #Goa and these lovely ladies, thank u for your hospitality #SIB".

Singh Is Bliing also stars Amy Jackson, Lara Dutta in prominent roles and is produced by Ashvini Yardi along with Jayantilal Gada of Pen India Pvt. Ltd. The action drama is all set to release on October 2, 2015.