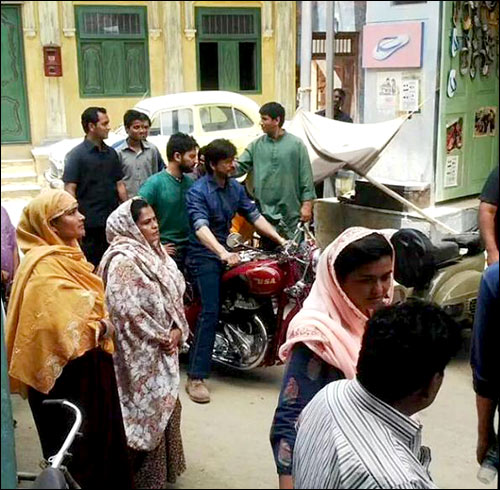 With a handful of films in hand, Shah Rukh Khan is busy juggling with them, one after the other. Along with Rohit Shetty's Dilwale, the superstar is also shooting for Excel Entertainment's Raees and recently a picture from the sets of the film has gone viral.

Shah Rukh Khan in his bearded 'Raees' avatar was seen riding a bike in an over-crowded market area. The film that is set in 80s, deals with the controversial subject of Prohibition in Gujarat, which is the only 'dry state' in India. With the recent release of the teaser trailer, the film has Shah Rukh Khan deviating from his usual avatar and embracing a completely different look and character for the film. A large set of Gujarat in the 80s has been erected in one of the most popular studios in Mumbai.