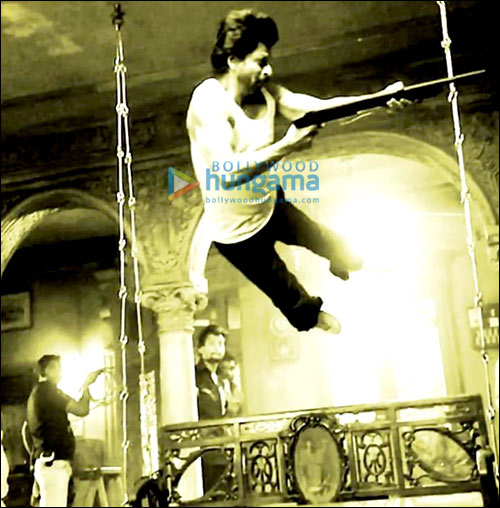 This year's Eid will be special for more than one reason. While this is a definitely a season for sweets and feasts, it's also the time to feast your eyes with the Shah Rukh Khan starrer Raees that releases during that time. This film will see Shah Rukh Khan playing the role of a don with the Pakistani actress Mahira Khan playing his onscreen wife.

Yesterday, Shah Rukh Khan posted a 'flying image' of his wherein there were no wires used (like most of the films do). He posted the image on Instagram and captioned "Action Director Ravi sir & Cinematography team of Mohanan sir is making me fly. Filter yes...Wires No!".

What is really heartening is that Shah Rukh Khan, who turned 50 last year is game for all these stunts even today as he was when he started off in Bollywood. All such actions only aggravate the excitement levels of his fans all over who are waiting with bated breath to see the film.