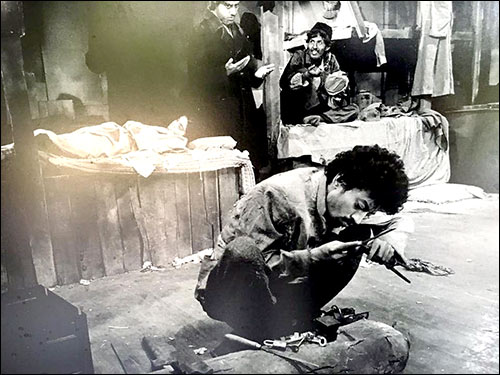 Today Irrfan Khan isn't just a well-known and respected Bollywood actor, but he has also become a name to reckon with in the West. With multiple Hollywood projects already under his belt and more on the way, Irrfan has quintessentially reached the pinnacle of stardom. However, the journey to the top wasn't a rosy path, and depicting exactly that is an image the actor posted on his Facebook page.


Posting an image from his past on Facebook, Irrfan Khan added, "Kuch purane dinoon se". We guess the still is from one of the plays or films he did while at the National School of Drama. Back on the film front, Irrfan Khan who was last seen in the Sanjay Gupta film Jazbaa will next be seen in the Hollywood film Inferno alongside Tom Hanks, Sujoy Ghosh's Durga Rani Singh and the film The Song of Scorpions which features the actor alongside Iranian actress Golshifteh Farahani which is directed by Anup Singh.