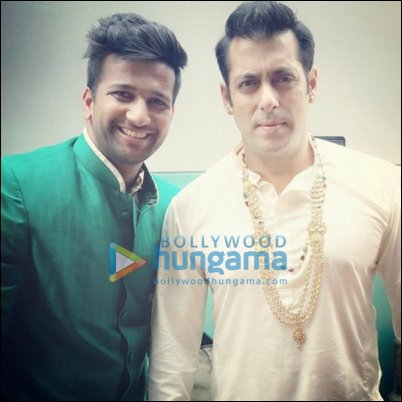 Ever since Prem Ratan Dhan Payo, Salman Khan's film with Sooraj Barjatya, got launched, it has been in the news for many reasons than one.


First it was the reunion of the hit Jodi of Salman and Sooraj, who have been responsible for many hit films in the past. Then, Salman's double role became the talking point. And now, its Salman's various looks in the film that are doing the rounds. We had earlier reported that he will be seen in a 'pagdi'. This time round, we bring to you his yet another look which has him wearing a kurta with a chain to match. We even got an image of the same which was posted on twitter.


Needless to say that, Salman Khan really looks a millions bucks in this.