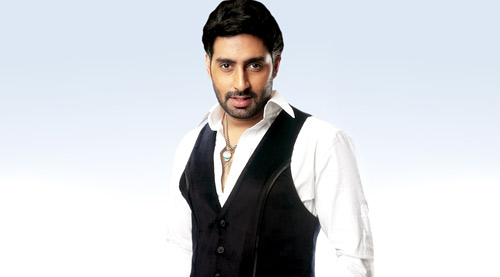 You performed live for the very first time all over the US this month. How was the experience?
The experience and feeling when you are on stage performing before a live audience is exhilarating. We don't have too many live concerts of actors from Indian cinema any more. The SLAM tours were to promote Happy New Year (HNY) but we were not performing only to the HNY songs. All of us got to dance to our songs from our other films also. So it was like a complete concert and not just a promotional tour. I hadn't performed live on stage since 2008. It's been years since any actors from our industry went abroad for live concerts.

What were the really special moments during this tour?
Just the opportunity for a one-to-one contact with the audience is just amazing. The bonus was that we of the HNY team got to spend more time together. We have become like one extended family. Everybody gets along famously. There is absolutely no sense of one-upmanship among us. We are one team.

You have been seen promoting the film like crazy?
Isn't that the norm these days? So much time effort and money has gone into the film it's our duty to go out there and promote it.

The entire team of HNY is seen everywhere together?
That was a conscious decision taken by Shah Rukh. On the first day of shooting when all of us were having dinner he said that the camaraderie we build off the sets was more important than what we did on the sets because the rapport we established off camera would help us to show us as a team on screen. It was very important that we look like a team in the film. Having said that, I must say we all got along well naturally with or without having a professional reason to do so. We are genuinely fond of one another.

You seem especially fond of Vivaan?
I am fond of everyone. But Vivaan is the youngest. He is the baby of the team. We are all very protective of him.

What is that spectacular dance step that Vivaan does and which all of you are seen following on Kapil Sharma's show?
Vivaan is ever-ready to dance. Those are special dance movements created specially by Vivaan. He is a sweet boy. We all are very fond of him.

Tell me about Happy New Year?
For the first time the heist genre and the dance genre have been mixed together. To put two such contrasting genres together is in itself a challenge. Farah Khan has done a good job. On a personal level my character was also very challenging. We had to play bad dancers. We had to unlearn all the dancing that we had acquired over the years and perform the steps of a novice. We've tried our best. I hope all our efforts translate themselves to the audience.

This is also your first double-role?
Yes. I approached them as two separate roles. I had Farah to help me build the two characters as separate individuals. She made my job a lot easier.

Shah Rukh has had many Diwali releases. But this is your first?
I never thought of it that way. To me every release is special. We are so busy promoting the film none of us has had the time think of the festive season. We were in Indore earlier this week for Zee TV's. We're very excited about it.

What other film assignments?
I'm concentrating entirely on HNY right now. Then I've Umesh Shukla's All Is Well.

Finally, you have taken kabaddi out of the village akhaada and placed it in the cool urban space. How do you look at your achievement?
Thank you for saying that. I cannot take the credit for this. The credit goes entirely to the kabaddi players. At the end of the day we as celebrity owners of the team can only bring attention to the sport. If the people don't find the game exciting it wouldn't work. At the end of the day people realize kabaddi is a very exciting game. That's what has worked for the game. It's an immensely exciting game to watch not only live but also on television.

Where does the game go from here?
We've the second season starting in March. We'll have to work hard on that, and make kabaddi as competitive as possible. At the end of the day it's the fans who drive a sport. So we have to keep their interest alive.

Don't you wish to do a kabaddi or a football film?
My interest in these two games is very distinct from my film career. But yes, I'd love to merge my interest in cinema with these games whenever possible. But the project has to be right. My personal opinion is that a good sports film must necessarily be the story of the triumph of the human spirit. Having said that, good films always do well, sports or no sports!