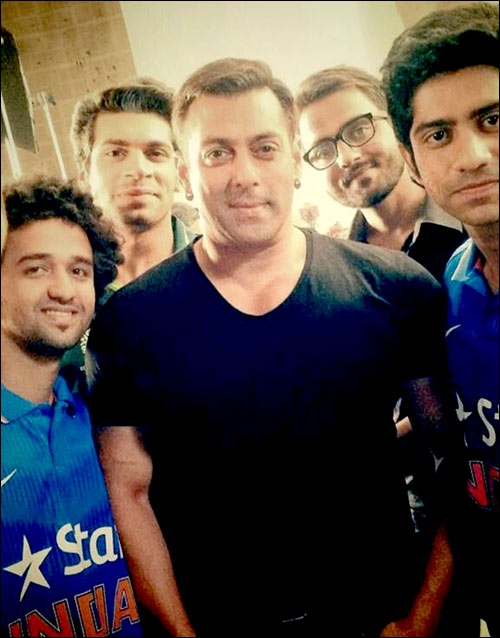 Adding the tinge of humour and to the ongoing cricket fever in India, the ad 'Mauka Mauka' acquired the status of a classic commercial with its unique concept. Now, we spotted the cast and crew looking enthralled when they got a chance to be clicked with none other than Salman Khan.

From what we hear, after completing shoot schedules in Rajasthan and other places in India, the cast and crew of Bajrangi Bhaijaan has come back to town to complete another schedule in Mumbai. Salman Khan was shooting for the same at the famous Film City, located in Mumbai suburbs, where he came across the crew of the 'Mauka Mauka' ad. It is being said that the superstar without any hesitation, sportingly got clicked with the crew who are also his huge fans.

Produced by Eros International and directed by Kabir Khan, Bajrangi Bhaijaan also stars Kareena Kapoor Khan and Nawazuddin Siddiqui. It is slated to release on July 16, 2015.