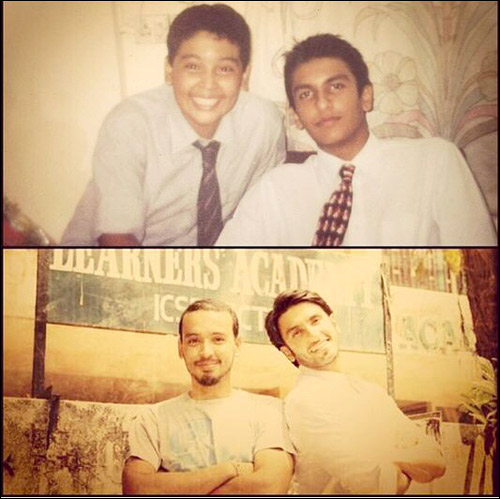 Rohan Shrestha, son of celebrity photographer Rakesh Shrestha, whose photographs have made the cover of several prominent magazines, is one of the most sought after photographers today. The ace shutter bug, who is known in Bollywood for his photographic skill and friendship with most of the Gen X stars recently revealed his childhood connection with Ranveer Singh.

Revealing his bond with Ranveer Singh, Rohan says that their relationship is more personal than professional. In fact, Rohan took to a popular social website to post an image of him and Ranveer Singh as they reminisced their childhood days. Sources close to the photographer reveal that the two have been friends for the longest time now and discuss everything from art, music to the movies.