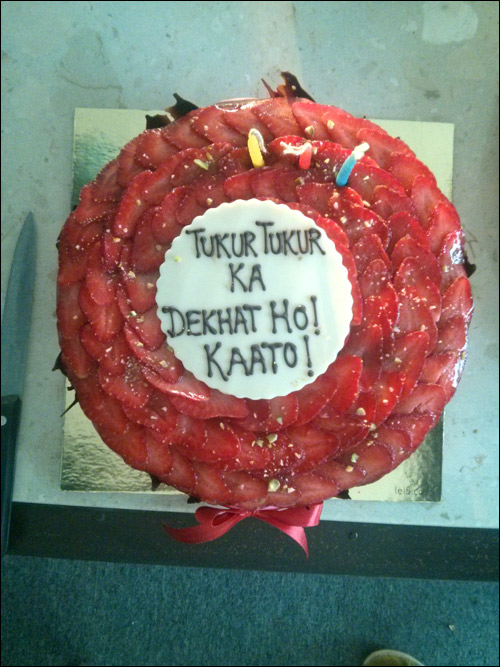 Rajkumar Hirani is currently involved in the promotions of his upcoming film PK. Right amidst the busy schedule, the filmmaker got an opportunity to celebrate his birthday and it is all thanks to his favourite actor Aamir Khan and producer friend Vidhu Vinod Chopra.


The duo planned a special surprise for Rajkumar Hirani on his birthday, which falls on November 20. Rajkumar Hirani, who otherwise celebrates a quiet birthday with his family, wasn't aware of the planning that was happening between the two.


The cake too was a specially designed cake with a dialogue from the release of their upcoming film. Spokesperson of Rajkumar Hirani confirms the news and adds, "Rajkumar Hirani was touched and overwhelmed with this gesture of Vinod Chopra and Aamir Khan as he was not expecting it."


Produced in association with UTV, PK also stars Anushka Sharma, Sushant Singh Rajput, Sanjay Dutt, Boman Irani among others and it is slated to release on December 19.