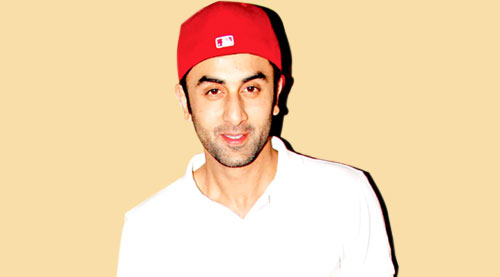 He was the hottest property in B-Town when his Yeh Jawaani Hai Deewani fell just 20 short of a double century. However, he encountered a huge hurdle in his journey towards superstardom when Besharam turned out to be a mega disappointment, hence disturbing his plans. Though he wasn't dejected, he slowed down for sure.


However, not anymore! After a rather long break (since the release of Besharam in October 2013), Ranbir Kapoor would be returning to the big screen with Anurag Kashyap's Bombay Velvet. With the release date of the film announced as 15th May, all speculations and rumors about the current status of the film have finally been laid to rest.


His other releases of 2015 are Roy, Jagga Jasoos and Tamasha, each one of which is in different stages of production.


We give a lowdown.


While Arjun Rampal is the leading protagonist here, it would be exciting enough to see what Ranbir Kapoor has to bring to the table. Yes, the film has been pushed for a while but for now, it appears that the film would indeed be arriving a day before Valentine's, as confirmed by the makers. With Jacqueline Fernandez in a double role, Roy is set as an intriguing mystery drama.


Whatever Anurag Kashyap does, it generates curiosity for sure. This time around it is for Bombay Velvet, a period drama, which has been in news ever since it was announced more than couple of years back. Though there are talks of the film being a two part affair, one awaits confirmation from the makers. Meanwhile, the film benefits from the fact that it brings Anushka Sharma together with Ranbir Kapoor for the first time with Karan Johar in a special full-fledged role as well.


Another film that has been pushed ahead a little already is Jagga Jasoos, which brings Ranbir together with Anurag Basu again after Barfi! A light hearted affair, the film has Ranbir playing a teenager with real life companion Katrina Kaif alongside him. He is yet to go full throttle on the film's shoot and one waits to see when does that happen since he as well as Katrina Kaif continued to be occupied with other films for now.


One film which has already made some good progress though is Tamasha, which reunites director Imtiaz Ali with Ranbir Kapoor [Rockstar] as well as Deepika Padukone [Love Aaj Kal]. The Sajid Nadiadwala production is indeed superhot and with the kind of light hearted entertainment that the director has to offer here, rest assured the year would end on a very positive note for Ranbir Kapoor.