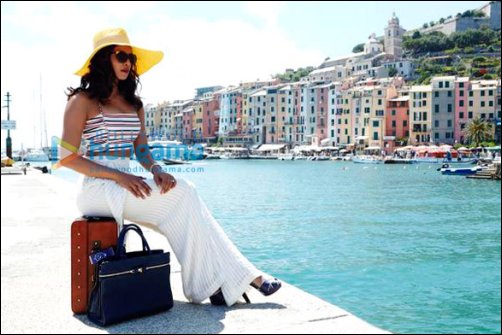 A lot has been said of Zoya Akhtar's upcoming multi starrer Dil Dhadkne Do. While yesterday, the makers of the film released Ranveer Singh's look in the film, today it was Priyanka Chopra whose look in the film was revealed. The image that features her in Italy was posted on the social networking site twitter, encouraging followers to comment on the actress' look in the film.


Later Zoya's brother, Farhan Akhtar too posted on twitter saying, "Counting down to DDD-Day. Trailer launch in a week. For today, here's a peek @priyankachopra's look in @DDDTheFilm".