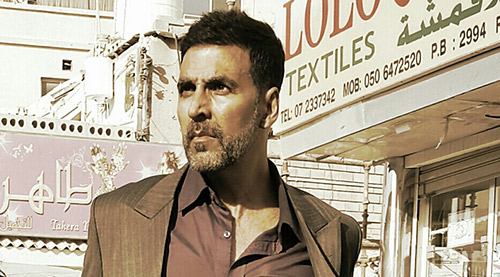 1990, Kuwait - 1,70,000 Indians were brought home by the largest and the most successful evacuation ever attempted by any country, in the history of the world. Over 59 days, the Indian government systematically flew over 488 Air India commercial flights into a war zone to evacuate all of 1, 70,000 Indians and safely brought them back home.

2015, Yemen - At last count, The Government of India, as a part of 'Operation Raahat', has managed to evacuate an estimated 4000 Indians safely from the war zone

Though the scale is relatively lesser, the victory of humankind is unparalleled. Thankfully, with the advent of social media and other news channels, those in charge are getting good recognition for the intelligence, might, soul and heart put together to ensure that the country celebrates the return of its own. Moreover, it has also reopened the chapter that was written quarter of a century ago when a wealthy and powerful Indian businessman (Ranjit Katyal) managed to help his fellow Indians survive the Iraqi invasion and travel safely across the border with the help of Indian government.

"Yes, it is actually way too uncanny to see something like this happening," says Nikhil Advani, the producer of Airlift which is telling the story of this Indian (played by Akshay Kumar), "The history is repeating itself. We wanted to tell this story for its humane quotient. Full marks to Akshay for doing something like this. He was bowled over by the idea the moment he heard it."

He goes on to add, "We should celebrate what the government has done in the past and what it is doing today as well. It is unfortunate that these kind of things do not get noticed. Airlift is our humble effort to let people know that there is so much more that Government does for our wellbeing, but, it unfortunately doesn't get highlighted as much. Thankfully, with the kind of open mindset that the industry has today, it has also become easier than ever before to get the right people come on board who can invest in talent and finance."

For director Raja Krishna Menon, it has been a shot in the arm to see the victory of India as a nation in terms of getting its people back from Yemen.

"One has to acknowledge the fact that our government has done this 25 years back too when resources were constrained and the political situation uncertain. Moreover, the sociological situation wasn't very positive either. Most of these 1,70,000 people, who were stuck out there were laborers. Just to explain to them what was going wrong and how they would be evacuated was a task in itself. Still, the government got it all done," says Menon.

He says with a sigh, "We didn't get to know much about it then and I am positive that even today, we don't get to know everything about what's really happening behind the scenes. In that way, it is pretty much a commendable achievement that we have numerous unsung heroes out there who do so much for the nation."

Guess with a superstar like Akshay Kumar bringing adequate weight to Airlift, the effort won't be as unsung anymore once the film releases on 22nd January 2016, over the long weekend leading to Republic Day. Now, that would indeed be a fitting tribute!