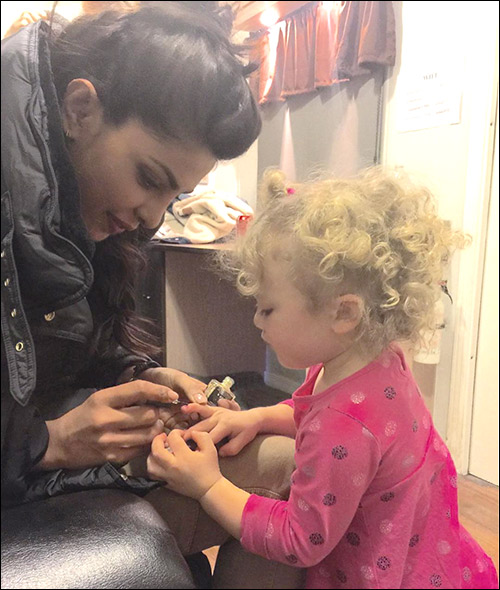 Priyanka Chopra's recent Bollywood release Jai Gangaajal may not have hit the marquee but the actress has a lot to look forward to this year, starting from her Hollywood debut Baywatch to the second season of her English series 'Quantico'. The former beauty queen who is juggling between hectic schedules recently posted an adorable picture from the sets of her TV show that has grabbed everyone's attention.


Priyanka Chopra was seen painting the nails of her 'Quantico' co-star Jake McLaughlin's daughter and even posted the picture on Instagram saying, "Getting our mani on!! Rowen was our star guest on set! Everyone catering to this gorgeous lil diva! #StephanieMclaughlin #JakeMclaughlin"


Though there hasn't been no announcement of Priyanka Chopra's upcoming Bollywood projects, the actress recently announced that her production Purple Pebble Pictures has ventured into regional cinema.