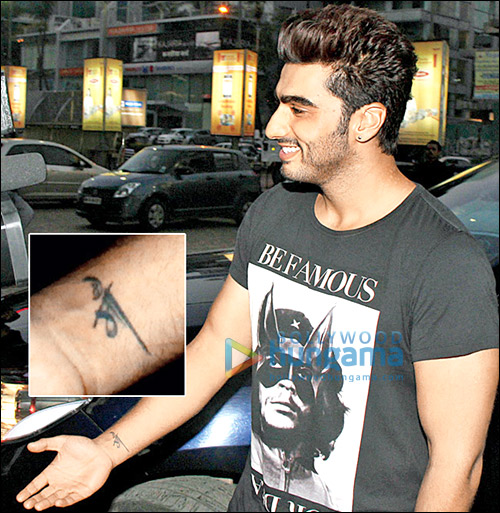 Arjun Kapoor who went through a challenging time in his life when he lost his mother, tattooed her name on his right wrist in her memory. And now, the actor also paid her a tribute of sorts in his upcoming film Ki & Ka.

Arjun Kapoor shared an extremely close bond with his mother and had a tattoo made in her honor and his symbol of love, inspired an important aspect in the film. Sources reveal that Arjun's tattoo inspired the wall art of Swaroop Sampat's room. The veteran star essays the role of Kareena's mother, who stays with the couple. Since Arjun plays a loving, supporting house husband he does the entire house up and the symbolic artwork on the wall of her room is the same as Arjun's real life tattoo. Sources add that while the team was discussing the interiors of the home, which itself is a crucial factor in the film, Arjun suggested having his tattoo as the wall artwork in Swaroop's room.


Directed by R. Balki and produced by Eros International in association with Hope Productions, Ki & Ka is slated to release on April 1.