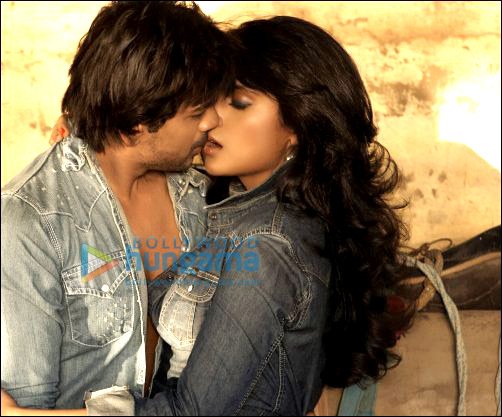 Nikhil Dwivedi who received positive reviews for his performance in films like Raavan and Shor In The City is rumoured to play a role close on the lines of real life romance of Abu Salem and Monica Bedi in Tamanchey.

Says a source from the film, "Tamanchey is an aggressive, passionate acidic love story between two criminals whilst on the run from the law. Nikhil's character is called Munna. Based on the lives of gangsters, Tamanchey will be a realistic take on the lives of the people in the underworld, using a lot of facts merged with fiction with references to real gangster incidents.

Nikhil Dwivedi and Delhi based Richa Chadda apparently even shot a very steamy scene which is slated to be one of the boldest acts in Bollywood, whilst shooting for their schedule in Gujarat that will replicate Azamgarh Abu Salem's birthplace."

Sources also confirm that a lot of research has gone in the script and during the pre-production of the film to re-create, authentic scenarios and exact sets. The source continues that Anurag Kashyap loved the script and supported producer Suryaveer to the hilt by helping them with the team and also with the casting of not only the leading man and Richa Chadda, but every single cast member.