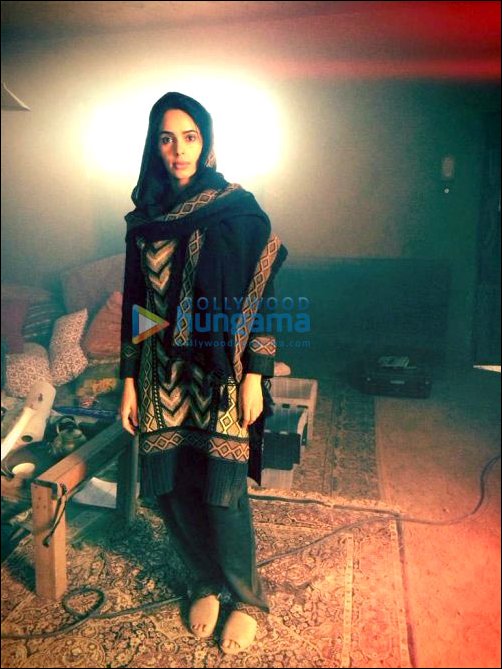 A while back we had reported that Mallika Sherawat would soon be seen in the popular TV series Hawaii Five O. In fact the actress had even posted a couple of images on her twitter account of the same revealing her look in the episodes. Now Mallika took to twitter again putting up more images of her shoot for the series saying, "On the sets of CBS #hawaiifiveo #mallikasherawat"

Later adding yet another image this time one that captures her acting prowess she tweeted, "Shooting for #cbs #HawaiiFive0 #mallikasherawat #Bollywood"