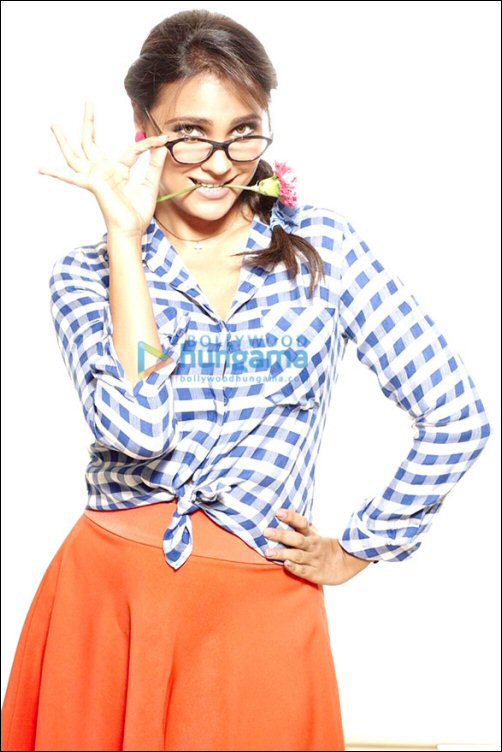 Lara Dutta who is returning to the silver screen with Singh is Bliing will be seen in a quirky and geeky avatar. In fact Lara's character Emily creates trouble in Akshay

Kumar and Amy Jackson's love story in the film.

Commenting on the same Lara Dutta says, "I play Emily aka Imli, a Goan, who is hired by Singh (Akshay Kumar) and his friends to be a translator for them to be able to communicate with Sara (Amy).

It's funny but also quirky. I had to make an effort to look geeky and frumpy. My look was decided upon between the director, the producer and me and was executed by the film's stylist Arun."

Further commenting on Lara's role in the film producer Ashwini Yardi says, "Lara plays a key role in Akshay's and Amy's love story. She's responsible for the chaos in their lives."

Singh Is Bliing that stars Akshay Kumar, Amy Jackson, and Lara Dutta among others and is directed by Prabhu Dheva. Produced by Pen India Pvt. Ltd and Grazing Goat Pictures, the film is

Amy Jackson spices up the lockdown with a…

Disney + Hotstar’s claims of Laxmii being…