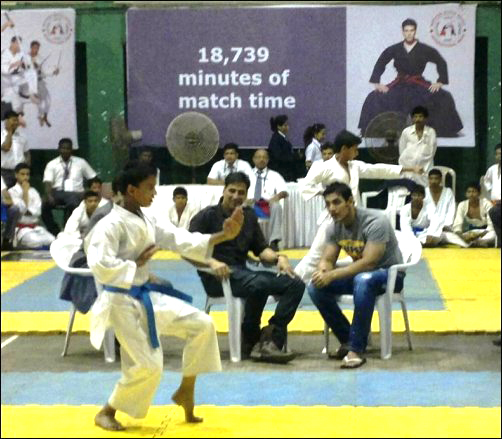 We all know that Akshay Kumar is extremely passionate about Martial Arts. The actor is presently busy with his Karate championship where students from various countries compete against each other.

The Akshay Kumar Invitational and International Karate Championship is currently underway till the 22nd of October and while Akki himself is present to support the kids, his good friend John Abraham too dropped by to see the kids practice their martial arts.

Akshay tweeted, "Wanna thank John for coming to cheer on my hardworking NINJAS, they really appreciated ur support man :)

Akki and John first starred together in Garam Masala few years back and will now be seen together in Desi Boyz and Housefull 2.