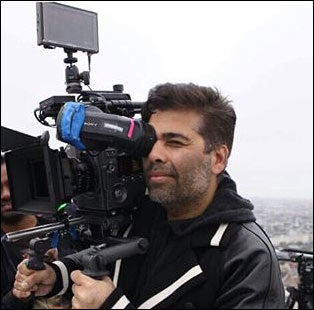 Everyone in tinsel town is aware of the strong bond that Gauri Khan shares with her buddy and filmmaker Karan Johar. Gauri and Karan's friendship go a long way and recently the entrepreneur-producer shared a picture of Karan shooting for his upcoming film Ae Dil Hai Mushkil.


When the filmmaker-producer Karan Johar announced Ae Dil Hai Mushkil, he also stated that the film is one of his most ambitious ventures. Recently, he travelled across Europe along with the cast of the film and has wrapped up a major schedule of it. Though the film is miles away from its release date, Gauri Khan seems to be promoting the film already and has been supporting her best friend on social networking sites. She recently took to Instagram to post this picture of Karan Johar saying, "@karanjohar filming 'Ae Dil Hai Mushkil'".