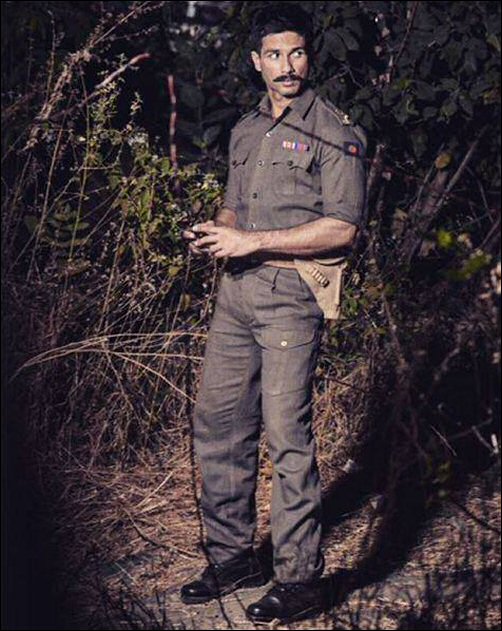 long time. Now that the film has gone on floor we got a sneak peek into the look of Shahid Kapoor in the film.

The film is set amidst the backdrop of Second World War and we had earlier also mentioned that Shahid Kapoor will be seen in the role of an army man. Wearing the uniform in style and sporting a

moustache, the actor looks every bit in character. He's been training hard in the gym for the taut body of an army jawan, giving up on carbs and even cigarettes to `look' the part. And the efforts

seem to have definitely paid off. The actor was previously seen in a similar avatar in Mausam but this time around the stylish moustache adds to the macho look.

Now it is time that we get a glimpse of the glamour girl Kangna Ranaut and the suave Saif Ali Khan's look from the film too. Directed by Vishal Bhardwaj and produced by Sajid Nadiadwala,

Rangoon will highlight the consequences of the World War in India and the way Indians turned against their own kith and kin.