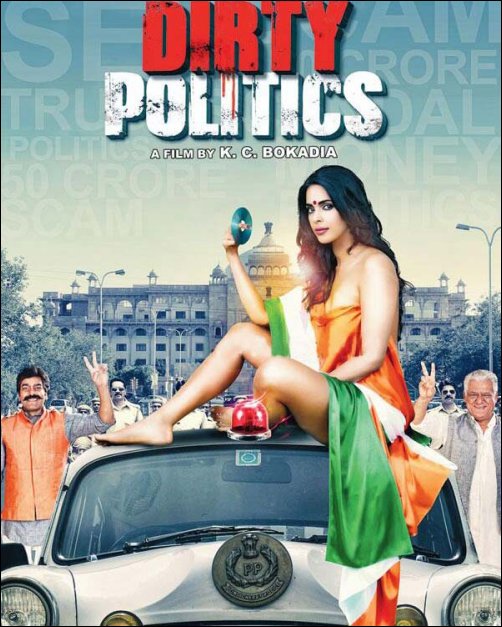 The makers of Mallika Sherawat's next Dirty Politics recently released the poster of the film, and now they seem to have landed in a spot of political trouble as the poster has been creating quite a storm. Apparently, the poster of the film showing Mallika draped in just the Indian tricolor while sitting atop an ambassador car just outside the State Legislative Assembly of Rajasthan, hasn't gone down too well.


It is learnt that workers from a political party in Rajasthan have since approached the film's producer K C Bokadia and have been pressurizing him to change the creative of the poster that depicts the tri-colour. However defending the resemblance to the flag, Bokadia commented that since the trademark Ashoka Chakra is copiously absent, the said garment cannot be rightly termed as the tricolor. However, its stark similarity is sure to raise eyebrows.

Naseeruddin Shah opens up on turning 71

EXCLUSIVE: Shefali Shah talks about her…