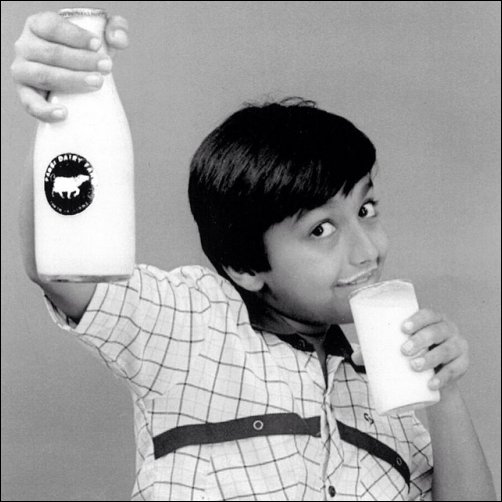 Ashish Chowdhry who is known for his comic timing in films like Dhamaal and Double Dhamaal, decided to venture into television with fiction and reality shows. After winning the last season of Khatron Ke Khiladi, Ashish has been away from the world of entertainment. But the actor was seen reminiscing about childhood days on the social networking site recently.


Very few may be aware of the fact that Ashish Chowdhry used to star in television commercials as a child artist and this is exactly what the actor was thinking about when he took to Instagram to share a picture recently. The black and white image has the young boy Ashish holding a glass of milk, which is a part of the ad commercial he did for the brand Parsi Dairy Farm. Talking about it, Ashish posted, "Guess who was one of the first models for "Parsi Dairy Farm"!? Mum took it too seriously n made me also drink it everyday!"


Ashish Chowdhry, who has done many multi-starrer films, is married to former actress Samita Bangargi and has a son named Agastya. He also looks after his niece and nephew Ananya and Kanishk after the death of his sister and brother-in-law during the terrorist attack in Mumbai in 2008.