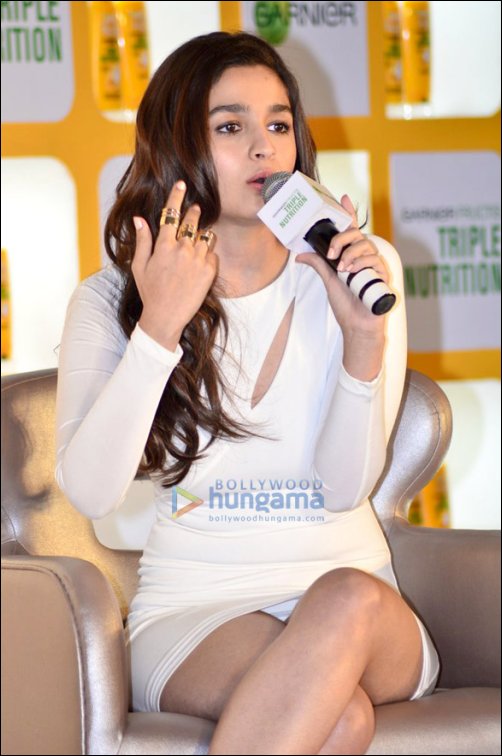 Alia Bhatt who made her debut in Student Of The Year has been riding high with the success of her subsequent films. Now all of four films and as many success old, the actress has been making heads turn with her talent and her fashion sense. However, at a recent event to unveil Garnier's new product, Alia was at the receiving end, thanks to more of an oops moment than a wardrobe malfunction.

Alia Bhatt who graced the event in a white body fit dress was caught off guard when she suffered a wardrobe malfunction and displayed her inner-wear unintentionally. Sadly this isn't the first time Alia was caught off guard; in fact earlier the actress was caught unaware at the trailer launch of Humpty Sharma Ki Dulhania not knowing that the patiala she was wearing was see-through. We just hope Alia Bhatt is more careful next time while posing for the shutterbugs.

On the film front, Alia Bhatt will next be seen in Vikas Bahl's Shaandar alongside Shahid Kapoor. The film which is expected to go on floors this year is said to be bollywood's first destination wedding film.