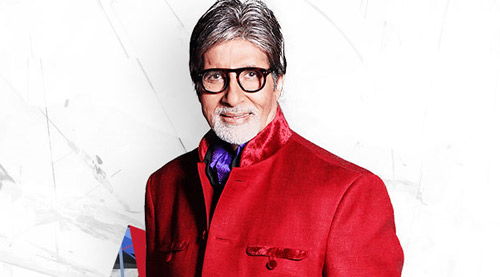 Amitabh Bachchan talks about the audiences' response to Yudh, the excitement for the new season of KBC, and Kapil.


Yudh your first fictional series has been greeted with pleasant surprise and some amount of initial bewilderment. Amitji, did you expect this response?

Any effort that entails a change in direction shall always be met with surprise and bewilderment. 'Yudh' has perhaps provoked this among viewers. It's normal.


Yudh is an entirely different experience from what fictional television in our country has come to be. Was Yudh designed as a game-changer?

I do not think we go about creativity with a predetermined notion that 'we shall be game changers'! Yes we wanted to do something that looked and felt different, that is all. The game changing bit is now audience related. They shall decide what they feel about it!


Not only have you done your dialogues in sync sound for Yudh--a rarity on Indian television, you have lowered the sur and pitch of your character's emotions much lower than what television audiences are used to. Were these conscious decisions?

I did what was asked of me to do. The team wanted it to be as natural and unaffected as possible, and all of us did that, or made effort to do so.


Your character Yudhistir Sikarwar is tormented by inner demons and a serious health problem. How emotionally and physically exhausting was it for you to play out Yudhistir's agonizing predicament?

Not just Yudhishtir, but any character we play demands an involvement as close to reality as possible. I and all the others made similar effort. The profession does have its moments of exertion, both physically and emotionally, and I guess we learn to live with it.


You have some fine co-stars in Yudh....I especially like Aahana Kumra. How much did you draw from your own real-life experiences for your scenes with Aahana?

Yes Aahana has been a joy to work with. She is a very accomplished artist, as are all the others on the show. Even the very smallest part has been chosen with great care and distinction.

Yudh traverses an unexplored emotional and narrative territory on Indian television. Do you watch the serial? And what is your evaluation of its achievements?

Yes I do watch the serial, and feel a sense of accomplishment. But much like all other creative work, there is always room for improvement, and we shall work to that end.

You now embark on another season of KBC. Your thoughts as you move into this life-changing game show one more time?

Yes KBC starts again and we have had some very interesting episodes and openings for the game show. It all started in 2000, and still exists in 2014. 14 years is a long time to be associated with it, with approximately 600 episodes that I have been involved in, it does seem like the enactment of a lifetime, but I have never felt the years go by. I feel as excited about meeting different contestants today as I did on day one...


The first episode features the very entertaining Kapil Sharma. What was it like shooting with him?
Kapil Sharma is an institution by himself. It is an honour and a joy to share space with him. Gifted and talented, he has single-handedly created a niche for not just himself, but for all those who endeavour to follow his track .


What sort of guests can we hope to see sitting on the hot seat with you this season?


Finally, what are your thoughts on the growth of Indian television as you are now such an integral and indispensable part of it?

Correction. I am neither an integral nor an indispensable part of the tv industry, but I do feel that tv in India has grown exponentially, and shall continue to grow. Its turn over has already reached 3 times that of cinema and with 800 odd channels in play it can only become even bigger. The potential here is massive and I see it becoming a most integral part of our lives ... If it hasn't already.