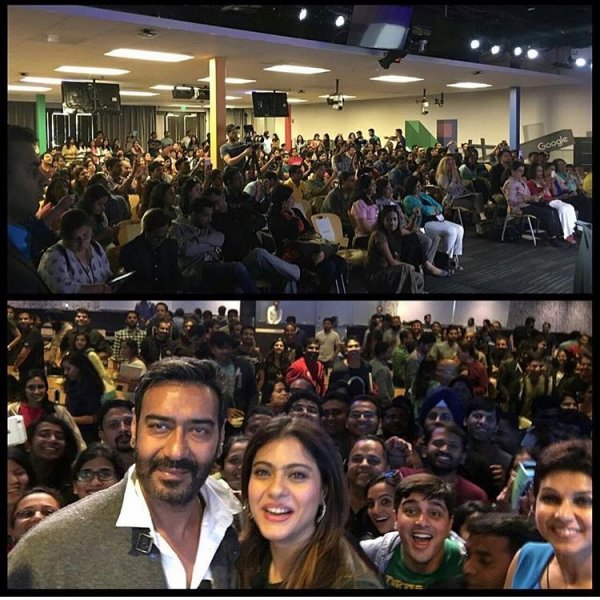 Earlier, we had reported that Ajay Devgn and his wife Kajol were in California where they began the film promotions of Shivaay.

Ajay Devgn and Kajol took their promotional tour to Facebook HQ and Google campus on Friday where they interacted with several young minds. Ajay Devgn shared a photograph with a caption that read, "So proud to see so many Indians doing incredible work and holding important positions globally. #Google #Facebook #ProudIndian."

Directed and produced by Ajay Devgn, Shivaay also features Sayyeshaa Saigal, and Erika Kaar and is scheduled to release on October 28.