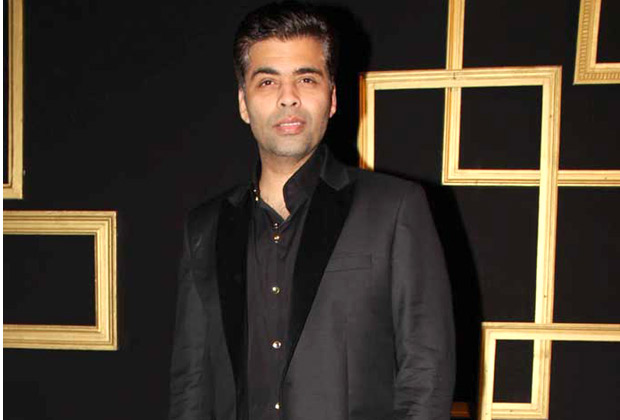 "Today I feel that I am a vulnerable soft target," said a visibly shaken Karan Johar on the NDTV show 'Town Hall' moderated by Barkha Dutt. Johar was reacting to the demand of certain political parties and voices within the film industry who want to impose a ban on Pakistani artists in the wake of inhuman and cowardly Uri attack. MNS has threatened that it wouldn't allow the release of films like 'Ae Dil Hai Mushkil' and 'Raees' since Fawad Khan and Mahira Khan respectively are starring in it.

"I understand the anger and the anguish that surrounds the country and I empathise, my heart bleeds for the lost lives. There is nothing that can justify this terrible feeling of terror. My father fought for the freedom struggle of the country. I've grown up on stories of patriotism and valour. This is my country and I love it. I feel terrible with every lost life," said Johar.

"Then you're faced with a situation such as this (When there is an appeal to stop Pakistani artists from working in India). If this was truly a solution then one would take it. But this is not a solution. I don't believe it is. There are larger forces that have to come together and sort the situation and this can not be banning talent or Art. I feel vulnerable and scared even while saying this," said Karan Johar who has faced the ire of Shiv Sena during the release of 'My Name Is Khan' and he had to apologise due to the usage of 'Bombay' in his production 'Wake Up Sid'.

"I beseech everyone to look at it holistically and understand the situation, that there is a larger situation here and it has nothing to do with banning talent. Let's look at it from a larger perspective and find the answer. I'm not somebody who can find the answer. I am nobody in the scheme of things. I'm just a filmmaker, telling a love story. I have faced it, felt the repercussions of it in the past,  and I have constantly combated that. If my film is targeted because of that, it will make me exceptionally sad became my intent was always to put out a creative product out of love and nothing else. Sometimes you just want to fold your hands and say we are a creative industry, please leave us alone. We make movies, we spread love. There are millions in the world who are happy with the work that we do, allow us that. I think we should just not be those soft targets any more. We don't matter in the scheme of things but we can make things better and happier," was the impassioned plea of Karan Johar.

The temperatures have reached a feverish pitch on the social media on both sides of the border and even elsewhere. If there are unreasonable demands being made by certain political parties and individuals in India then a petition has been submitted in a Pakistani court to ban the release of Indian movies in Pakistan. Cinema halls in Pakistan find their main sustenance because of Indian movies and a knee jerk reaction will affect the business for theatre owners there. Meanwhile a Pakistani actor Marc Anwar has been removed by ITV from the British television series 'Coronation Street' after his racist Anti India tweets. Meanwhile Sonu Nigam and Atif Aslam performed before a packed 13000 crowd at the Oracle Centre in San Jose today. When together they sang the iconic song 'Kal Ho Na Ho' the crowd was filled with goosebumps.. The answer lies in the lyrics and if only the hate mongers could understand that!